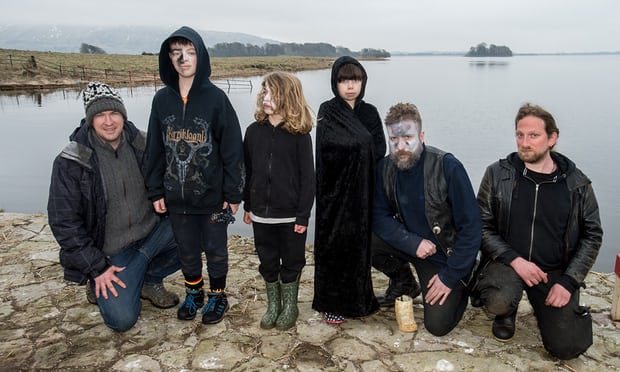 The Guardian reports that a massive rescue mission was launched this past weekend after a passerby mistook a group of metalhead campers for a suicide cult. This operation consisted of helicopters, boats, firetrucks, police, and more, who were all under the assumption that this group were plotting their own deaths. The alleged suicide pact ended up being three adults and three young children who had sailed to the Loch Leven Castle in Loch Levin, Perthshire for a few nights to escape from reality by listening to metal music surrounded by nature.

The passer-by contacted local officials this past Sunday (8), revealing that they were worried the group were going to kill themselves. This led to the emergency rescue operation where  police officers smashing into the group’s parked car in search of a suicide note.

Once the police caught up with the black-clad campers, they questioned if a kidnapping took place. Campers David Henderson, a modern languages teacher from Glasgow as well as a singer in the black metal group Nyctopia, Aberdeen University lecturer Panadiotis Filis, and civil engineer Ross Anderson were then rescued along with the children Natalia Teo (10), Jude Anderson (10), Andrew Vassiliadis (7) and the dog named Jazz. However, this mission was all for nothing.

“We do a lot of camping in rural parts of Scotland, at ruins and that kind of thing. We have a small boat and we thought it would be good to take it out to island and set up camp for the night. We’ve got a large tee-pee and we had a campfire going. It was a nice evening and one of the kids had already gone off to sleep. Then all of a sudden, it was like something from the X-Files.”

“It was a lovely evening., the only thing that wasn’t so nice was that someone must have thought we needed rescuing. The next thing we knew, there was all these blue flashing lights on the shore. We had no idea what was going on. There must have been about 50 to 70 people there, all coming to rescue us, even though we didn’t need rescuing. I think someone was worried that we had left our car parked at edge of the water. They must have thought it was abandoned. The police smashed the window to get inside and they told us later they were looking for a suicide note.”

“I was still awake when it happened. There were all these searchlights and I could see some boats coming towards us. It was quite frightening, because I thought they were going to arrest someone.”

“They took us back to the car park where we were greeted by about 22 vehicles including loads of fire engines, ambulances and police cars. We were led to an ambulance where they put digital thermometers in our ears and asked loads of questions. When they realised we were just a bunch of good friends taking our kids on a heavy metal camping trip that was the end of it.

They kind of made us feel as if we did something wrong, but we just like to go wild camping, drink beer and listen to heavy metal music.”

“The police were all very professional and treated us okay, but we never had one word of apology from them for interrupting our camping trip.” 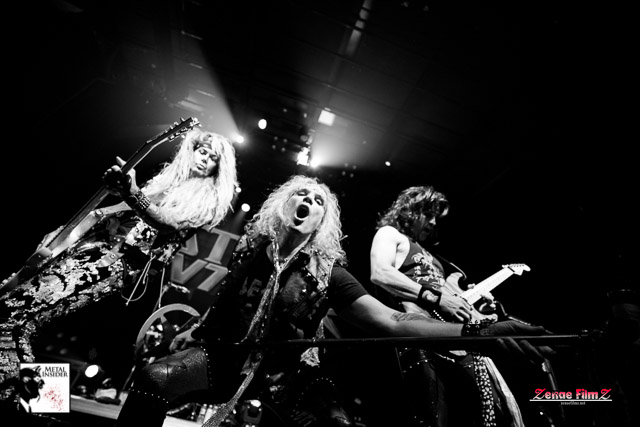