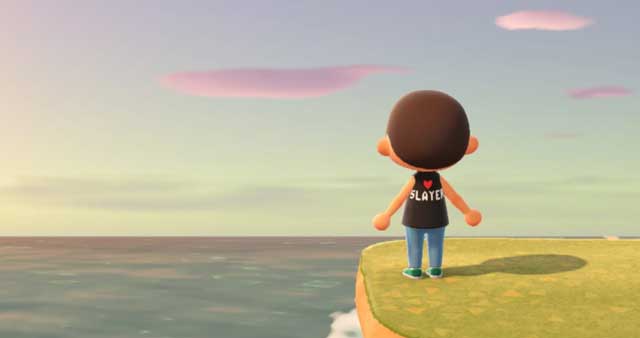 Animal Crossing, the social simulation video game for the Nintendo Switch, has people keeping themselves busy during this time of isolation by designing metal clothing for their simulation characters. These new designs have been floating around the internet, which even Venom Prison are giving away designs. Unfortunately, it looks like this game is only available for Nintendo. However, there will be a game available for PC users, which is similar to Animal Crossing called Hokko life. And don’t forget, you can design just about anything including changing your music selection with the one that started it all: The Sims, which is available via The Sims 4, Sims Mobile, and Sims Freeplay.

Check out some of the cool metal clothing designs on Animal Crossing below:

It’s 7am and ive made a carhartt beanie and an Abba black metal shirt. Somebody stop me.#AnimalCrossing #ACNH #NintendoSwitch pic.twitter.com/DL8vlGREKX

I drew Beau from animal crossing but made him death metal if anyone wants this on a shirt or something I have a shop open https://t.co/I2KoNYHhyL pic.twitter.com/wtpm5pzWXZ

So I got Animal Crossing: New Horizons. Lol from r/Metallica

People losing their minds at the absolute weirdness people create in Animal Crossing are only seeing the surface. pic.twitter.com/yvREfQkHiP

Needless to say, but I’m really digging this new Animal Crossing! from r/ToolBand

I had to guys… from r/Rammstein