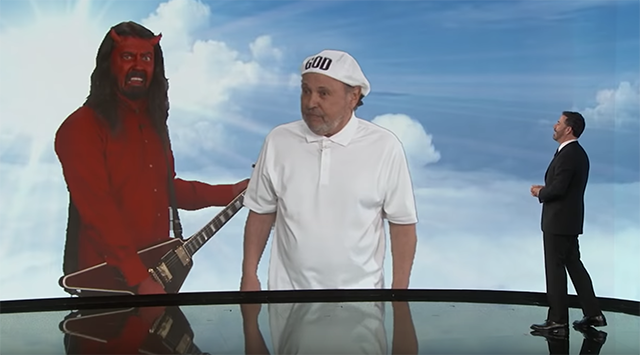 Dave Grohl made an appearance on Jimmy Kimmel Live! as the Foo Fighters frontman participated in the show’s controversial holiday-themed skit earlier this week. Grohl played the role of Satan as he appeared next to Billy Crystal who was playing the role of God. In this hilarious sketch, the two were discussing a statue that was being displayed at the state capital in Springfield, IL called the Snaketivity, which came from the Satanic Temple of Chicago.

Check out the satire below: