France’s heaviest festival, and one of Europe’s biggest, Hellfest continues to grow year after year. Hellfest now sports a brand new statue of Motorhead’s Lemmy Kilmister after the previous version of the Icons tribute started to wear. Kilmister is a metal icon and beloved figure throughout the metal community. Now, after the news of the new Lemmy statue broke just a few days ago, today’s update is even cooler. Some of the legendary frontman and vocalist’s ashes will be enshrined in the new statue. An official memorial ceremony will be held on June 23. Lemmy’s Motorhead bandmates drummer Mikkey Dee and guitarist Phil Campbell will be in attendance to speak and introduce a tribute video, before toasting the monument itself.

See a photo of artist Caroline Brisset, in Clisson, France, with her absolutely badass creation, below. 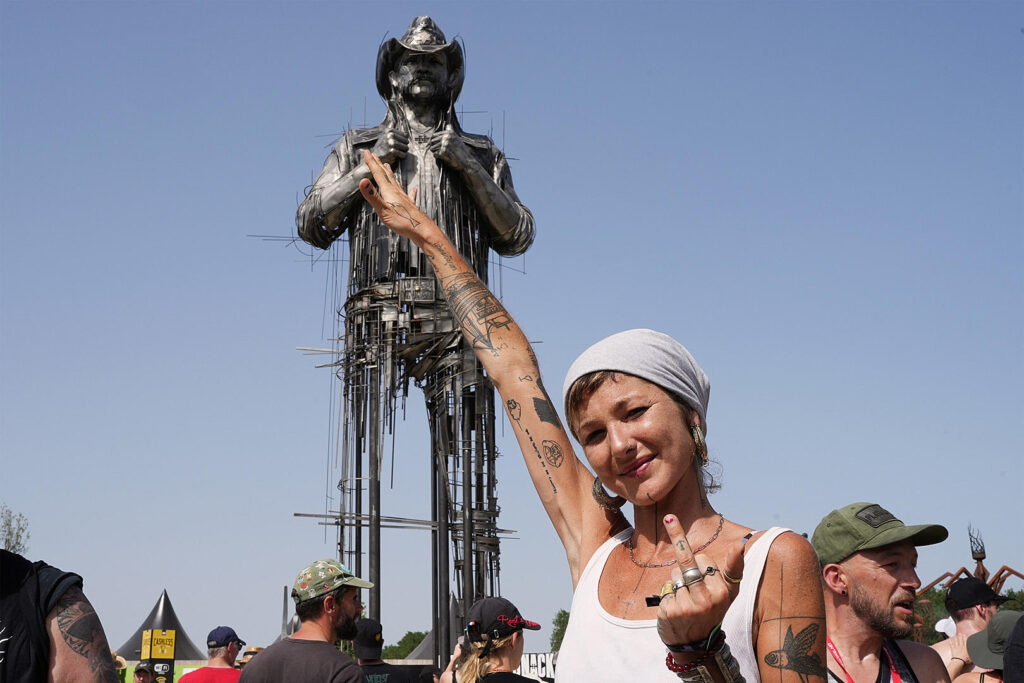 “Great statue/monument of Lemmy being presented at Hellfest, France,” said Mikkey Dee, “I can’t wait to come back to one of my favorite festivals in Europe.” Lemmy Kilmister died just days after his 70th birthday on Dec. 29, 2015. Motorhead released 23 studio albums in it’s storied existence.