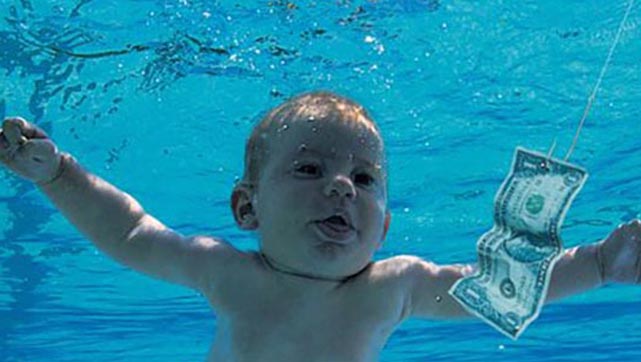 Spencer Elden, the man made famous for appearing on the cover of Nirvana’s ‘Nevermind’ as a baby, has amended his lawsuit against the band. According to a report by Rolling Stone, the amended suit drops former Nirvana drummer Chad Channing, as well as Warner Music, Heather Parry and Guy Oseary, from the defendants list. Channing left the band before ‘Nevermind’ was recorded/released. Defendants still named in the suit include Kurt Cobain’s estate, Courtney Love, Dave Grohl, Krist Novoselic, photographer Kirk Weddle, the album’s art director Robert Fisher and a handful of label executives.

It also briefly alleges that in addition to the “intended sexual nature” of the initial photo, Weddle “produced photos” of Elden dressed as ‘Playboy’ magazine founder Hugh Hefner. The amended suit also includes as evidence disturbing journal entries attributed to late Nirvana frontman Kurt Cobain. He points to an undated entry from Cobain’s journals (which were published in 2002) where he “sketch[ed] the album cover in a sexual manner, with semen all over it. In several instances, the journals describe Cobain’s twisted vision for the Nevermind album cover, along with his emotional struggles: ‘I like to make incisions into the belly of infants then fuck the incision until the child dies.’”

Filed in August, the initial lawsuit claims that the photo constitutes child pornography and child sexual exploitation. Elden believes that the photo caused “life-long damages” that includes “extreme and permanent emotional distress with physical manifestations, interference with his normal development and educational progress, lifelong loss of income earning capacity, loss of past and future wages, past and future expenses for medical and psychological treatment, loss of enjoyment of life, and other losses to be described and proven at trial of this matter.”  The photo was taken by Weddle, a photographer who was a friend of Elden’s father, when Elden was four months old. His parents were paid $200 for the shoot. He says that he nor his father were consulted in the use of the photo on the ‘Nevermind’ album cover.

Prior to the lawsuit, Elden seemed to have embraced the photo, recreating it for the album’s 10th, 17th, 20th and 25th anniversaries. Elden is asking for “either $150,000 from each of the 17 defendants or unspecified damages to be determined at trial, attorney fees, an injunction to prohibit all parties ’from continuing to engage in the unlawful acts and practices,’” as well as a trial by jury. 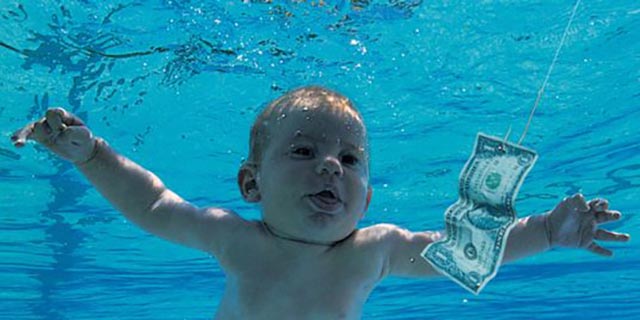