The metal community has taken to social media to react to the tragic loss of former Children of Bodom/ Bodom After Midnight’s Alexi Laiho. The news on Laiho’s passing was revealed earlier this morning (4) as he died in his home in Helsinki, Finland last week after suffering from long-term health issues during his last years. He was 41-years-old.

“One of the most renowned guitarists in the world, Alexi Laiho, has passed away. The musician, most notably known as the front man of Children of Bodom, died in his home in Helsinki, Finland, last week. Laiho had suffered from long-term health issues during his last years.

More than 25 years of friendship. We lost a brother. The world lost a phenomenal song writer and one of the greatest guitarists of all time. Memories and Alexi’s music will live forever.

Our thoughts are with Alexi’s family during this difficult time.

R.I.P. Alexi Laiho. It’s devastating to hear the news. One of the greatest guitarists of my generation is gone way too soon. This photo is from the day we met. It was in Tokyo summer 2003, for the cover of Young Guitar magazine. It was my first major cover shoot, so… pic.twitter.com/4lMTOL2My6

Alexi Laiho was a monumental talent & a genuine, caring & thoughtful person.
He will be greatly missed.
Rest In Peace Alexi

Absolutely gutted about Alexi Laiho`s very untimely passing. He had a lot more to left to say with his music.

We’ve received the sad news of the death of Alexi Laiho who will be deeply missed by the Tuska family. Our thoughts are with his family and loved ones.

We are sad to hear of Alexi Laiho passing. You were a great musician and a real guitar hero. You will be remembered. Our thoughts are with you and your family.

COB were at a high point in 2005 and this tour was totally sold out at just about every date. They absolutely shredded and sounded incredible night after night. This tour was tough for us after riding high on Ozzfest, the audience wasn’t really sure about the hype around us… pic.twitter.com/auYosbkObh

A hero of my generation! Such a talent. He will be missed! RIP Alexi

Rest in Peace, Alexi Laiho. 41 is way too young. A lovely guy whose talent stood out from our generation of Metal musicians. I will always have the utmost respect for him, he will be sorely missed in the Metal world. My condolences and prayers go out to his family. pic.twitter.com/cEy4NnnVzJ

Rest In Peace to another musical hero.

Without Children Of Bodom’s Something Wild, Hatebreeder, and Follow The Reaper – Trivium likely wouldn’t be here.

You will be missed Alexi.

Favorite Bodom song of all time?

Good bye my hero ALEXI LAIHO.
You changed my life since when I watch you.
I was glad touring together, interview together on Young Guitar magazine.
Your music will alive ever..at least I’ll not forget your great melodies.
Ryoji Shinomoto pic.twitter.com/owmO6LdvmT

Sad news. #AlexiLaiho created new possibilities in extreme metal with technically sophisticated solos that held their own alongside the best in more popularized metal genres. Didn’t know him well, but we had appearances together over the years. A good guy, far too young to go
RIP https://t.co/Njxdpclrko pic.twitter.com/hUz45dClu1

Devastated to hear of Alexi Laiho’s passing. We toured together many times throughout the years. What an incredible talent and all round super great dude. He will be missed. #alexilaiho

NO!!! Alexi was such an incredible soul. Always so much fun to be around. They took shads on our 2nd tour of Europe and it was one of the most memorable runs we ever did. I am truly heartbroken by this. Shred on in the beyond Alexi. Blessing to his family + friends #RIPAlexiLaiho https://t.co/uKzcn3bbHQ

We had the privilege to share the stage together. Incredible talent and brilliant guitar player.
You will be missed.
R.I.P. Alexi Laiho https://t.co/AGCYZYAhKm

I always wanted to meet Alexi Laiho.
We were brought together by @marty_friedman and shared the mic on a track from the Inferno album.
Hard way to start the week.
R.I.P. Alexi Laiho pic.twitter.com/QI468qY83l 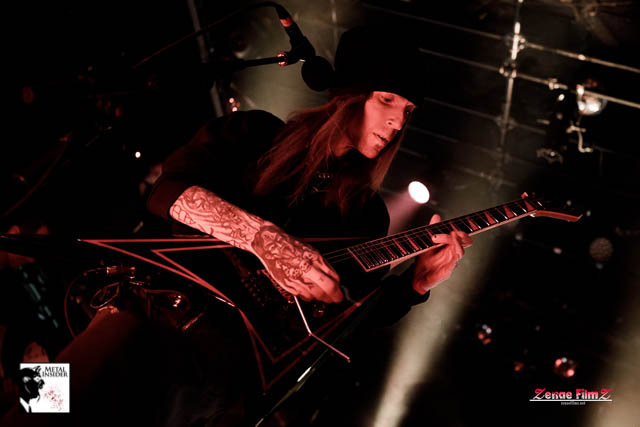