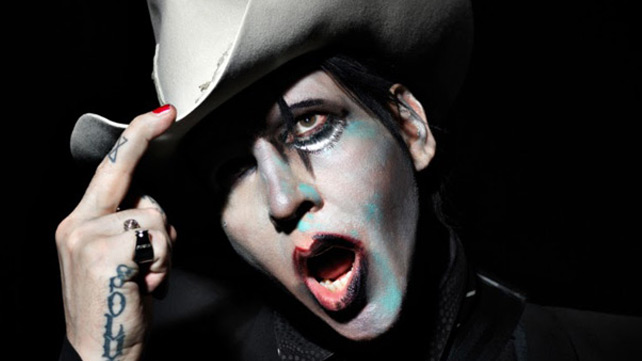 According to Rolling Stone, Marilyn Manson has been dropped by his long-term manager, Tony Ciulla. The decision was made after actress and Manson’s ex-fiance Evan Rachel Wood and now, several other women have come forward with abuse and sexual allegations against the singer since last Monday (1st).

In the wake of these allegations, Manson’s label, Loma Vista Recordings, as well as his talent agency CAA have both severed ties with him. Starz’s American Gods as well as Shudder’s Creepshow have both cut his upcoming performances out.

Since these allegations were made public, more have been finding its way into the spotlight revealing additional accusations against the singer.

Actor/musician Corey Feldman has been very vocal on Marilyn Manson over the years, as he instantly responded in support of Wood while addressing his long personal history with mental abuse he’s encountered from Manson. While Feldman has been sharing a series of Tweets, the actor went into further detail on his Instagram:

“THE NIGHT @MARILYNMANSON TRIED 2 USE & ABUSE ME AS HIS PLAY TOY BY TRYING 2 MANIPULATE ME N2 BREAKING MY 5 YRS of SOBRIETY 2 SNORT COCAINE W HIM, WHILE GAS LIGHTING ME 4 HIS PRESS TOUR ON #MECHANICALANIMALS WAS WHERE THE DECADES LONG MENTAL & EMOTIONAL ABUSE BEGAN! LUCKILY I WAS NOT PHYSICALLY HARMED THAT NIGHT AS WE GOT OUT SAFELY, BUT THAT WAS JUST THE BEGINNING OF MY NIGHTMARE! #ISTANDWITHEVAN & ANY & ALL SURVIVORS OF HIS DEMENTED ABUSE! Manson has been obsessed w me 4 over 2 decades! Dont #BELIEVE me? Just LOOK @ THE PUBLISHED FACTS! He 1st wrote several passages about me in his book #LONGROADOUTOFHELL as we had met a few months prior 2 that @ a Premier 4 #HOWARDSTERNSPRIVATEPARTS IN NY where the #GROOMING process began. He grabbed my face in front of the crowd and kissed me w his Black Lip Stick that I couldn’t rub off all night. He proceeded 2 gush over me telling me what a “Huge fan” of mine he was. He then introduced me 2 his BFF #BILLYCORGAN All of this is documented in his book! He brags about it as if I was a special needs person he was making fun of. However this encounter is not only talked about in his book but is also discussed in @jennacantlose Autobiography. She NOTES HIS OBSESSION WITH ME there. But several months passed b4 he released the book making me aware of his 2 sided nature. B4 the book came out Manson heavily pursued a friendship w me. Telling me I was his idol. Telling me he actually got his whole style by watching my film #DREAMALITTLEDREAM & my character #BOBBYKELLER was the inspiration 4 his entire look. Idk if that was #TRUTH but he used it as a way 2 manipulate me. Months later he called me on Xmas morning, 2 wish me a “merry Christmas” & invite 2 a dinner party around the release of his book, @ the fancy Indian Hollywood hang Dar Macrabe where customers sit around on pillows as in traditional Indian style. When I walked in the rm it was quite clear that I was the “guest of honor” as the whole room stopped 2 take pictures of the moment as he hugged me, then grabbed my hand, & led me 2 the table by his side. THE PIC IS FROM THAT MOMENT! We later went back 2 his home where the nightmare began. He has messed w my life ever since.”

EXCELLENT REPORTING!! THIS IS A MUST READ!! THE MOST REAL & HONEST STORY I HAV SEEN IN OVER A YEAR ABOUT WHAT IM UP AGAINST & THE HORRORS I HAV ENDURED @ THE HANDS OF PSYCHOS! THIS REPORTER IS TRACKING A STORY I HAVENT TOLD, ABOUT #MANSONSOBSESSION w ME! https://t.co/2bzEdPfYgI

I WAS SHAKING AS I WROTE EACH WORD OF THIS POST! I WAS TEARING UP READING 1,000 SUPPORTIVE COMMENTS! THANK U 4 THE LOVE & SUPPORT! #ISTANDWITHEVAN & EVERY OTHER SURVIVOR OF #MARILYNMANSONSVICTIMS PLEASE ADD YOUR ATTN 2 #MYTRUTHDOC @ https://t.co/7g3YqIvUPj https://t.co/D5eRpZOL35

The Mirror reported, Marilyn Manson took female fans back to his tour bus after a UK performance where he made them strip as a warped game of rating the girls’ chests after feeding them with alcohol. Photographer Erica Von Stein (29), who was one of the women who were picked out in the crowd, spoke to The Mirror, explaining:

“He said he wanted to see who had the best t*ts and ass. Everyone was a bit surprised. He made it feel normalised, like it was fun. He was surrounded by older people and he was domineering. I don’t think anyone felt they could say no.”

Wolf Alice singer Ellie Rowsell has shared a series of Tweets sharing her experience with Manson:

“I met Marilyn backstage at a festival a few years ago. After his compliments towards my band became more and more hyperbolic I became suspicious of his behaviour. I was shocked to look down and see he was filming up my skirt with a gopro. There were no repercussions for his behaviour, his tour manager simply said ‘he does this kind of thing all the time’ If he does this kind of thing all the time why on earth has he been headlining festivals for so many years? When will we stop enabling misogynists on the account of their success? Women must feel safe in the male dominated world that is the music industry. I wasn’t sure whether to bring any of this up but Manson claims in his recent statement that his relationships were ‘entirely consensual’ – I don’t think he knows the meaning of consent if he goes around up-skirting young women at festivals. Thank you for your courage Evan <3”

I met Marilyn backstage at a festival a few years ago. After his compliments towards my band became more and more hyperbolic I became suspicious of his behaviour. I was shocked to look down and see he was filming up my skirt with a gopro.

Evan Rachel Wood continues to use her Instagram as a platform to build a case against the singer. Marilyn Manson has denied these claims against him. Police swarmed the singer’s house on Wednesday, February 3rd for a welfare check later to find he was OK and just didn’t want to see them.