One of the most shocking moments of 2018 was when Manowar guitarist Karl Logan was arrested for allegedly possessing child pornography. Logan was arrested on August 9th, 2018 in Charlotte, NC as he was later released on a $35,000 bail. The news went public back in October as the band issued a brief statement to address that Logan will not perform with the group for their upcoming Final Battle tour. While disturbing details have emerged on Logan’s arrest, the group have finally announced that guitarist E.V. Martel will be his replacement for the time being.

E.V. Martel will be the guitarist on MANOWAR’s upcoming Final Battle World Tour 2019.

A musician since the age of 8 and devoted MANOWAR fan, E.V. lives the life of true metal and the music of MANOWAR. He has performed for years in the only official MANOWAR tribute band in the world. E.V. is proud to know every MANOWAR song ever recorded, and his style is a mix of all previous MANOWAR guitarists combined with his own metallic burning.

‘I can think of no one more deserving to play with MANOWAR than a fan themselves; one who has dedicated their entire life to our fans and our music and who he has proven to be a true Manowarrior!’ said Joey DeMaio.

‘I am honored beyond words to play for the greatest fans in the world!’ said E.V. ‘I live by MANOWAR’s message every day of my life: Believe in yourself and even your wildest dreams can come true!’ 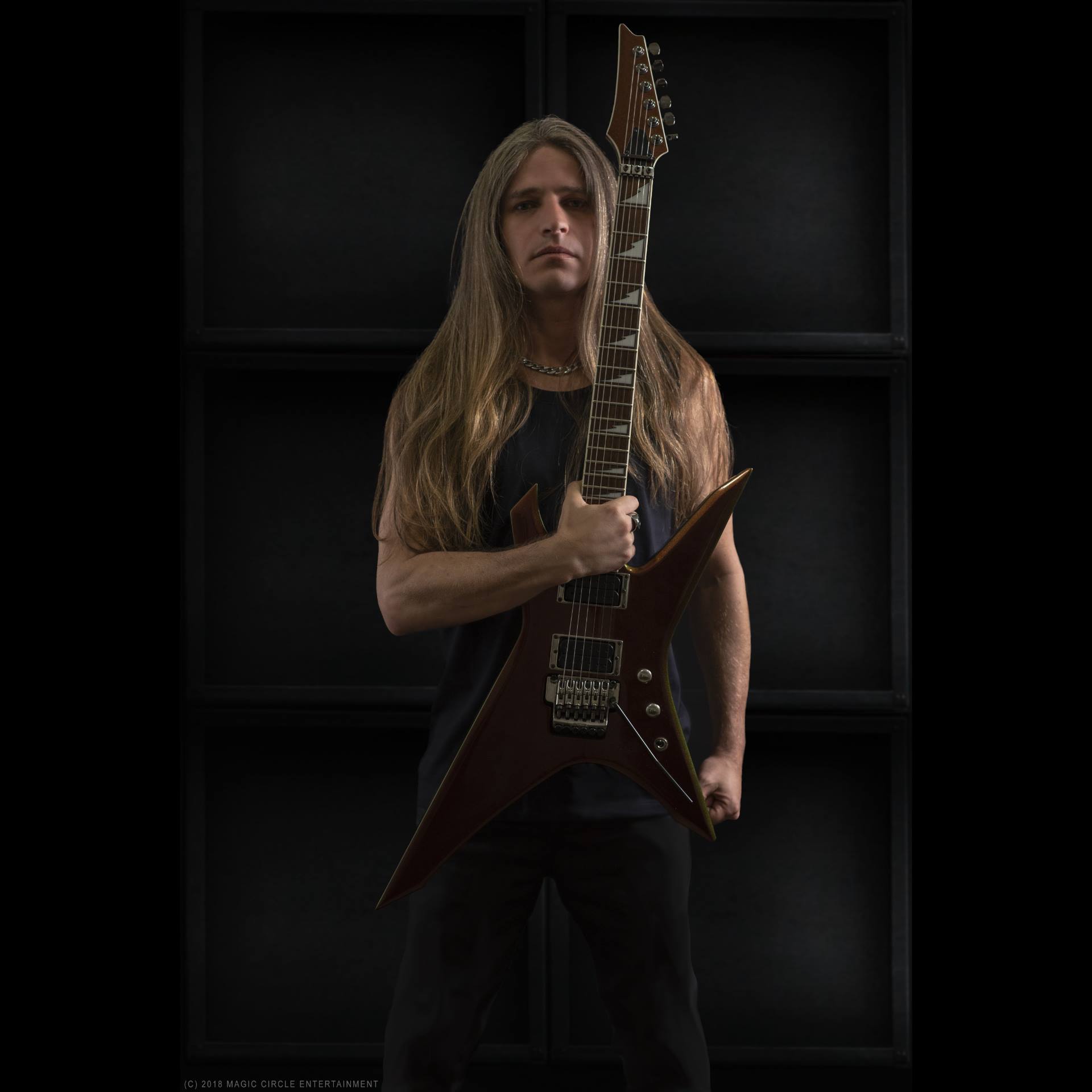