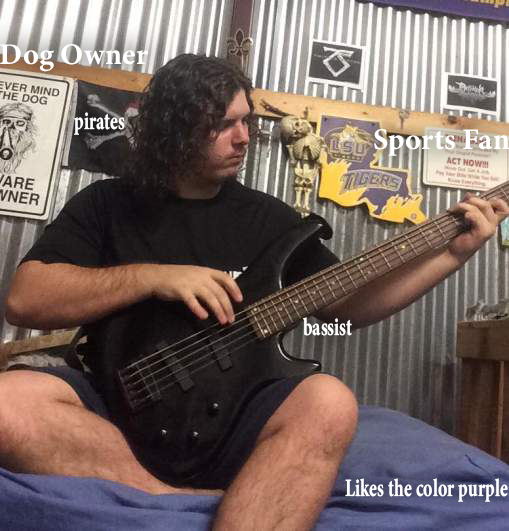 Holden Matthews, a 21 year old American, has been arrested in Louisiana for allegedly burning three historically black churches. Let’s not mince words, here, this crime is disgusting and revolting. And Matthews, if guilty, should be locked away for a very long time. But the idea that his motive is already known (as many media outlets already attest) is profoundly premature.

It appears from some preliminary investigative work that Matthews was part of an aspiring metal band; one, thus far, that nobody has even heard of let alone heard. Secondly, it appears Matthews was a fan of the grossly overrated Burzum, helmed by one career propagandist, Varg Vikernes.

There is no doubt that Vikernes, through his web-based material, spreads hate, most of which is merely rehashed and repackaged from propaganda that came out of the late 1800’s Volkisch nationalist movement originating in German and Austria. Of course, Vikernes spices it up a bit with his own nonsensical musings on evolution and genetics to better resonate with today’s iGeneration who seem to be averse to actually going outside and interacting with actual humans. But to say Vikernes’ hackneyed version of ariosophy serves as the direct impetus for Matthews’s alleged arson spree is short-sighted and, at this point, irresponsible.

We don’t know much about Matthews, short of some social media postings. Nobody I know has ever heard of his band, and certainly there is no evidence that this band was even a black metal band. We know nothing about his family life, short of his father being a sheriff, and we know nothing yet about Matthew’s mental health and his past criminal history – an extremely important factor in all of this.

Heavy metal music has been blamed for so many things for so many years as the cause of events. For example, Judas Priest was blamed for the suicide attempts of James Vance and Raymond Belknap.  Slayer, a band led by a practicing Catholic, was the concern of many congregations in the South for allegedly spreading Satanism and Satanic indoctrination. In fact, in my own experience as an undergrad in college, one of my dormmates (who was dead serious) informed me, upon seeing my KISS poster in my room, that KISS stood for “Kids in Satan’s Service” and that I would become a Satanist merely by listening to their music.  At their worst, KISS did lead me to waste about $100 on their Psycho Circus tour – short of that – not much else.

Before the metal world and more mass market publications start to embrace this latest form of Satanic panic, we need to stop and examine the actual facts of the case. Right now, there are very few facts but a ton of speculative reporting in the race for clicks.  While I hardly expect publications like Rolling Stone to report responsibly about metal (or about anything else for that matter), metal publications should know better than to feed this antagonistic rumor mill. Of course, some of these metal publications are not really about the metal community, but rather “just here for the clicks.”