Faith No More keyboardist and rock legend Roddy Bottum recently released the first single from his new project, Man on Man, entitled “Daddy.” This new song release came with a video that features Bottum’s boyfriend, Joey Holman. The video was made by the pair while in isolation due to the ongoing COVID-19 pandemic.

“Daddy” features a variety of scenes involving Bottum and Holman, some intimate, but not really overtly explicit. Much of the “sex” in the video is actually implicit and requires the viewer to do some extrapolation on their own to “get it.” Without a doubt, some clear sexual innuendo in a variety of scenes, but not much more than you’ll find in an episode of “Two Broke Girls” or “Mom.” The video does feature both men in their underwear, yes – without shirts on, but that’s about as much nudity as you’re going to get. You’ve literally seen more male bare skin exposure in the parking lot at Maryland Death Fest.

“For reasons unbeknownst, the MAN ON MAN video for DADDY was removed by YouTube for sexual violations. It’s on our IG channel for now.”

It is available right now on Vimeo and can be seen here.

As of the date and time of this writing, the video is still under “ban” at Youtube.

While the video might certainly not appeal to everyone, there is clearly a target audience for this art, and those individuals should be able to easily access the video without corporate interference. There are undoubtedly much more sexually explicit music videos on Youtube. For example, “Megatron” by Nicki Minaj…

… and I’d argue that the Minaj video is actually MORE explicit than “Daddy.”

And how about this one from Madonna, which features… well… watch for yourself…

Madonna’s “Erotica,” with over 9 million views, seems to much more sexually explicit than Man on Man. But it is allowed to reside on Youtube, as it has for years.

Now, I have nothing wrong with any of these videos being on Youtube. None are my cup of tea and that Madonna video is downright atrocious, but that’s no matter really. I choose not to watch these videos. The difference, of course, between these aforementioned videos and the Man on Man video is that the Man on Man features: a) a male homosexual relationship and b) male body types in intimate situations that make some people uncomfortable. In a sense, it appears that YouTube has decided to censor and remove a music video because it features somewhat intimate aspects of a male homosexual relationship even though there is no actual nudity or sex acts being shown.

While Youtube has a policy on “explicit” videos, the policy is extremely general and, frankly, doesn’t seem to be overly enforced. My take on this is really quite simple – Youtube is afraid to carry this video. Youtube is afraid that advertisers are not ok with images of intimate male relationships, and more specifically, those with less-than-model type bodies. Is this censorship decision based on something distinctly homophobic? Sad to say, it’s difficult to think otherwise given the obvious double standards in Youtube’s enforcement of policies. Nicki Minaj is ok, Roddy Bottum isn’t.

Whether you like the Man on Man project or not, whether you are a member of the LGBT community or not, you, as a metal fan should be outraged over the move to censor this video and Youtube’s hackneyed decision-making process of what is acceptable and not acceptable for us to consume as music fans. And yes, no one is forcing you to consume all your music videos on Youtube, however, there does exist the reality that Youtube, and it’s parent company Alphabet, hold a near monopoly on easily accessible music video consumption.

Perhaps it’s time for the metal community to come up with their own tech solution where metal and hard music artists can control and freely upload their own content, without the threat of unbalanced and suspectly-motivated censorship. And, additionally, revenues from the videos would go to artists and labels in much greater percentages than exists from the current Youtube platform. The unfortunate reality of the digital marketplace is that Youtube has almost complete control over video delivery for a majority of consumers and that’s not benefitting artists, labels or music consumers themselves.

While you may love Man on Man or detest Man on Man, it’s difficult to argue that “Daddy” is any more explicit than videos on Youtube that have played millions of times. YouTube is wrong to ban this video and hard music fans should demand better. 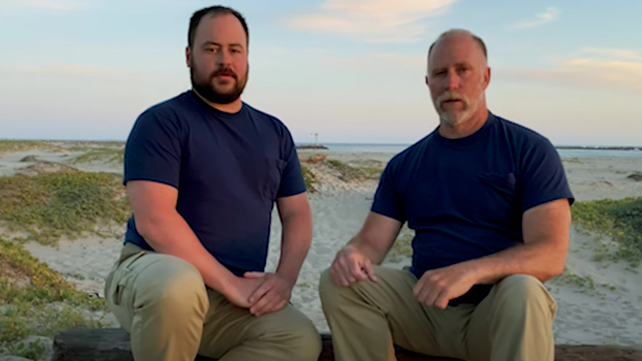