Devin Townsend and his illustrious Devin Townsend Project made their debut at London’s Royal Albert Hall back in April, which included alien characters from their albums, as well as special human guests like Dominique Lenore Persi from Stolen Babies and Chris Jericho from Fozzy. Judging from these photos if you weren’t there you missed out, but thankfully they filmed the whole show and you’ll be able to watch from the comfort of your living room very soon!

“The show at The Royal Albert Hall was a great experience. To be able to make artistic expression rooted in creativity and then to be able to articulate it in these sorts of ways- at this sort of venue-was pretty awesome. The whole thing was quite a challenge, but ultimately it worked and we were all very satisfied with it. I completely appreciate the support that has allowed this to happen from the audience, and I thank my team and Inside Out Records for busting ass to make this DVD a reality.”

The live release is called Ziltoid: Live At The Royal Albert Hall and will come out November 13th in a variety of formats and configurations, including a 44 page art book! Pre-orders will start in about two weeks. 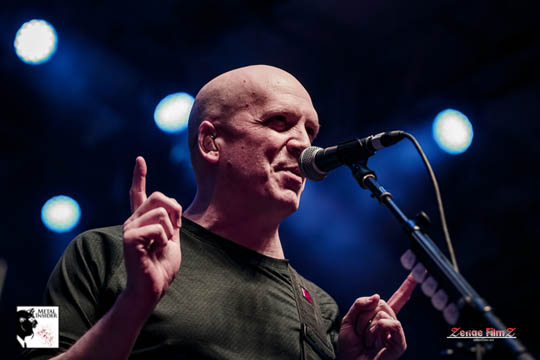