To promote their 10th studio release, Beyond the Red Mirror, which was released just this Tuesday worldwide via Nuclear Blast Records, founding members Hansi Kürsch and André Olbrich, vocals and lead guitar respectively, of the German metal band Blind Guardian took to Reddit for an AMA yesterday. Here are 5 things that we learned from their AMA.

1) Despite being a world touring act, and having 70,000 singing fans at Wacken Open-Air a few years back, they still remain humble, and retain the love for smaller, high energy concerts.

Reddit user Captain Longbeard said that he saw them play to a small crowd at an Albuquerque show and asked “do you prefer smaller, more intimate shows? Or does the excitement of a massive crowd still provide the most enjoyment for you?” Kürsch replied “I remember the show, the exact number of people is lost in the shadows, though:-) It is an unwritten rule that we are trying our best to entertain people, even if the number of people might be small the one or the other day. As you say the audience was amazing, so we did not have a choice. I still prefer packed shows in small venues. Those are the most intense ones.”

2) They are die hard Tolkien fans (Surprise!) and have very much enjoyed the movie adaptations of both Lord of the Rings and The Hobbit. Not only that, but there also are some gamers in the group. If the developers of the next Lord of the Rings/Hobbit game don’t take advantage of this, somebody needs to befired.

User kaptain_carbon asked what the band thought of the Hobbit films as compared to the LOTR trilogy, also asking ” If you had to dress up as one of the characters from the Lord of the Rings for a local convention, which one would you choose?” Olbrich responded “I know that some “die hard” Tolkien fans have problems with the way of Peter Jackson changing the details or leaving things out. But i really love his work! His general vision of the Tolkien world matches very much with the images i had, when i was reading the books. And i understand his problem to find the right compromises, to put this huge universe in a time limited format like a movie! I’m very thankful for his work and i enjoy watching the movies over and over again! If you want more details i can give you a little advice, just read the book again! ;))) If i would dress up for a convention, i would choose a dwarfen outfit, cause i like the plain warrior, who is fighting in melee combat.”

3) They are already working on their next album, but it’s going to be awhile until completion. Touring apparently gets in the way of writing and recording, who would have guessed?

User LongOdi asked about the band’s long in the works orchestral album. Olbrich responded, saying “We’re still working very hard on the orchestral album. The songwriting is allmost done and the orchestra recordings are on 70% already, but Hansi still needs to record most of his Vocals. Since we’re touring now, we have to wait for the right time (when his voice is recovered from touring) to continue with the recordings. I don’t think you have to wait another 4 years but since the touring will take 1 whole year, you should give us two years to finish this album in the best possible way! I’ll promise you, that you will get one of the most beautiful BG albums ever for being patient with us!”

4) Playing metal on a cruise ship is damn tiring, but a lot of fun.

User feanor_ asked how the 70,000 Tons of Metal show went this year, and asked if any songs were “harder to play with the rocking of the ship.” Kürsch responded “First day, no. Second day, yes. We have chosen good songs, which are quite easy to perform. At least for the most parts.”

5) They’ve been experimenting with down tunings, and you can expect to see more of that on this album, and those in the future.

User CeruleanSoul asked Andre “How did you get the idea to downtune the guitars and what is your experience with it? How did it affect the songs?” Olbrich said “We did some downtune parts on the previous albums already but it was never something i had in the focus. Then we wrote the song “ashes of eternity” and i had the idea to play the intro with downtune guitars, which didn’t work in the end. At that moment i realised that adapting someting later on, doesn’t really do the trick and i wanted to try out how it would sound if i write a downtune song from the beginning. I started working on “Twilight of the Gods” and we all liked the new sound immediately. I think we’ll do more downtune songs in the future, but of course we’ll keep our regular tuning as well!”

Kinsbane asked about new music from Demons & Wizards, with Kürsch responding “Nasty question. I would wish, tomorrow. Reality looks like, we will have to wait until 2017, if things work our well for both of us. It is definitely something we want to do.” 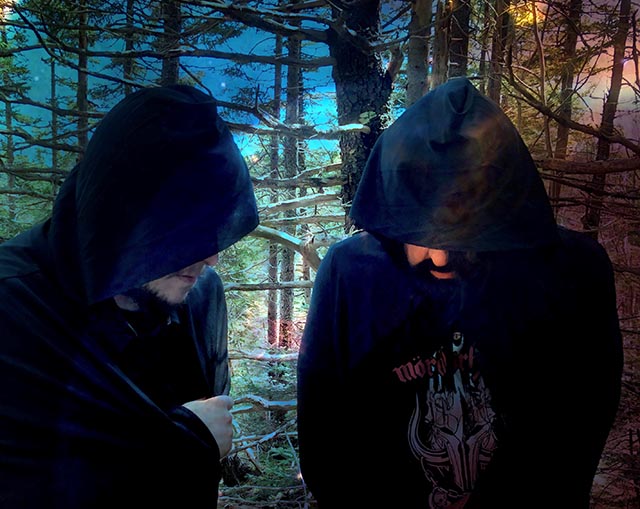