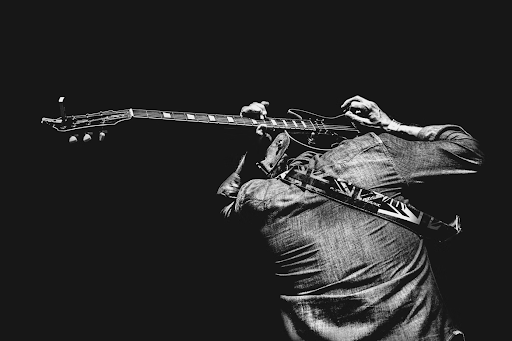 Metal acts that want to make it in the cutthroat music industry need to learn from the greats and replicate what worked for them. Metallica is one of the longest-running metal bands of all time, and the band has achieved success by staying relevant throughout societal shifts over the decades.

There are some key aspects that have led to Metallica’s success. There has been consistency, with James Hetfield, Lars Ulrich, and Kirk Hammett having been together since the early 1980s. The band also aims to progress, and part of its success has been down to the work ethic of the members.

For a band that started in 1981, it is hugely impressive how Metallica has always stayed relevant. It has attracted fans from new generations as they have emerged, while still staying true to its core values to appease lifelong followers.

Hetfield and co swiftly realized the power of social media and its influence on modern listeners. According to ExpressVPN in a post about how to stay safe on social media, these platforms are designed to help people form connections. This isn’t only done between friends and relatives, but by everyday people and celebrities as well.

Metallica has more than eight million followers on Instagram, and there are few bands in any genre of music that can boast such figures. The social media account is regularly updated, and there are over 4000 posts that include photos, stories, reels, and videos. It’s clear that acts that want to thrive in the modern age need to replicate this level of online activity.

Metallica’s sound is one of the most distinctive and recognizable in the music industry, which its members have spent years crafting. Despite the world of music changing vastly over the four decades since the Los Angeles-based band’s inception, Metallica’s sound has always been consistent.

A non-Metallica fan who’s never heard the band’s music before could listen to 2016’s Hardwired… to Self-Destruct and 1983’s Kill ‘Em All and be able to identify that it was the same band on both records. Indeed, Angry Metal Guy makes this exact point in his review of the former album.

This is thanks to the iconic guitar riffs and drumbeats, along with Hetfield’s raspy and familiar vocals. Still, the sound over the years has altered slightly, and there has been some experimentation to allure new fans.

You’d be hard pushed to find many bands that have worked harder than Metallica over the years. It’s the constant grind that has helped the iconic metal act earn its place as one of the greatest bands that has ever existed, and aspiring musicians can learn from this.

Metallica has produced ten albums in total, with releases coming in every decade that the band has operated. Besides regularly working on new material, Hetfield and his fellow band members have spent endless hours touring the world over the years. They’ve also headlined some of the biggest festivals in existence, including Woodstock ‘94 and Ozzfest.

Metallica set a great example for any metal acts that want to follow the same path to success. Staying relevant while society changes is important, but it’s also crucial to remain true to your core values to foster lifelong fans.