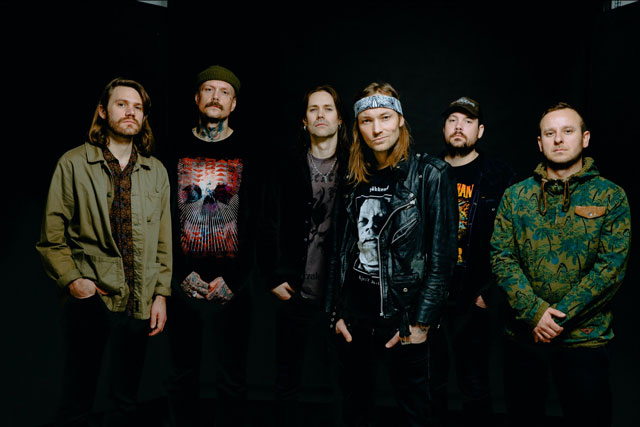 Kvelertak are gearing up for their overall fourth full-length album, Splid, which is scheduled to arrive this Friday (14th) via Rise Records. The follow-up to 2016’s Nattesferd marks the first record with their new singer Ivar Nikolaisen, who joined the group in 2018. Today (10th), the group has dropped the new single “Fanden Ta Dette Hull.”

“In Stavanger city museum, there used to be an exhibition in the basement called ‘Crooked Animals and Smiling Skeletons,'” the band says. “The story behind this name is pretty simple. Most of the skeletons are as old as the museum. They had, after so many years, become crooked and it looked like they were smiling. The first thing you could see was a skeleton of ‘Homo Sapiens’ and it was a real skeleton of a man who grew up in my neighborhood in the 19th century. This guy was buried last year, in 2019. ‘Fanden Ta Dette Hull’ is the story of his life. And what a life!”