Nu-metal foursome 36 Crazyfists have been quiet since 2010, but they’ve broken their silence to announce a new deal with Spinefarm Records to release their upcoming full-length Time and Traum in February of next year. The band has been churning out tunes for 20 years now and they are excited about landing on Spinefarm.

“We have found a new home at Spinefarm Records. And although the label is new to us, some of the staff are old friends and we couldn’t be more grateful to unleash the beast that is ‘Time and Trauma’ with their help,” said vocalist Brock Lindow. “20 years in and it feels like Spinefarm is a killer home to hang our hats. See you all on the road in 2015!”

Spinefarm unveiled the title track from ‘Time and Trauma’ on Soundcloud a few days ago. 36 Crazyfists stays busy on the road and will be touring through the end of 2014 in the U.S. They hadn’t released any new material since their last full-length Collisions and Castaways in 2010. Whether or not you care about what 36 Crazyfists is up to, it’s impressive that they have been making music for two decades with no end in sight.

Here’s where you’ll be able to catch the band, who will be on tour with Skinless: 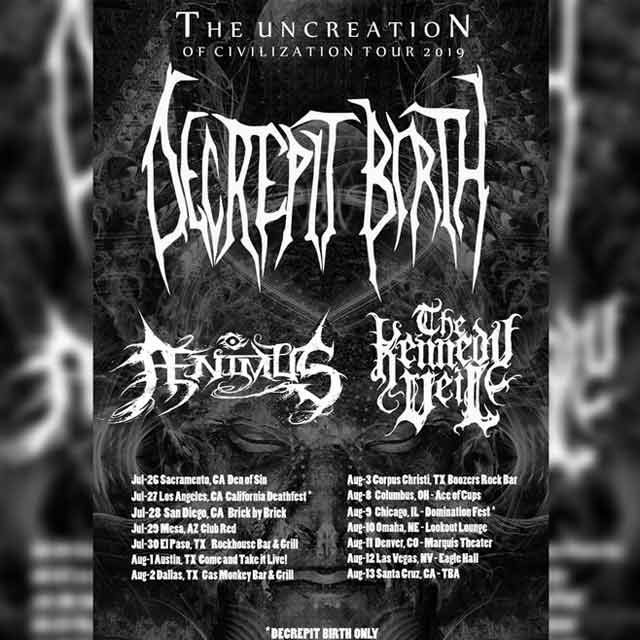