New York progressive metallers Valence are currently celebrating the release of their new album Cognitive Dissidents, which has arrived today (12th – order here). To commemorate their latest effort, we asked the group what their top five instrumental prog songs are, as they shared the following:

Dream Theater – “The Dance of Eternity”

This song showcases Dream Theater pulling out all the stops. It twists and turns unpredictably, but still manages to consistently build its energy as the song progresses. And even with the ragtime piano breaks, it manages to feels cohesive. For a band that is known for their virtuosic solos, this song is very much about the riffs and ensemble work.

King Crimson were incredibly ahead of their time, and Larks Tongues in Aspic is especially prescient with regards to progressive metal. There’s the metallic guitar riff that explodes in following pulsing violins that feel like they’re holding something back. It experiments with polyrhythms and atonal melodies that keep the listener on their toes. It is an absolute masterpiece of the genre.

The more obvious choice would have been YYZ, but  “La Villa Strangiato,” we feel is Rush’s instrumental high point. The song covers a lot of ground, musically, some of the melodies are fun and rocking, while the middle section, complete with arguably Alex Lifeson’s best guitar solo, gets expressive, pulling at your heartstrings.

I don’t think you can discuss best or important instrumental Prog songs without mentioning Animals as Leaders. They changed the game ten years ago with their debut album, and The Joy of Motion saw them evolving their sound, and becoming more of a band than a Tosin Abasi solo project. “Nephele” is a standout song with its crushing opening riff that is as beautiful as it is heavy. The clean, emotive middle section that precedes an incredible solo only adds to the drama of the song.

Consider the Source – “Prophet for Profit”

It’s almost as hard to pick the “best” Consider the Source song as it is to pick any other artist that sounds like them. Their instrumental “Middle Eastern Sci-Fi fusion” style gives the band a distinctive voice that truly sets them apart, and this is something we’ve always respected about them and have been conscious of in our own sound. “Prophet for Profit” is a personal favorite of ours, although “Complex Complex” and “Aquarians” were runner ups in our discussion on the best song of theirs. All three feature thoughtful arrangements that take the listener on a journey, and make a group of 3 musicians sound like 6.

Check out Valence’s music video for “Damnit, Lana!” made by Derek Soto of Sinestra Studios below: 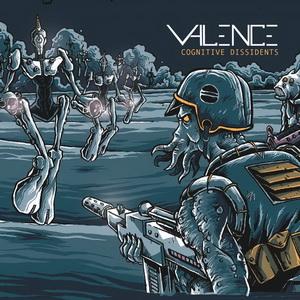