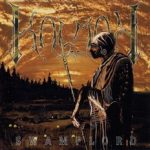 Kalmah defined the term swamp metal with 2000’s Swamplord. Seven albums and 19 years later, the group embarked on their first-ever North American tour, which was shortly after their eighth full-length effort, 2018’s Palo.

Swedish black metal giants Watain have been through hell and back when it comes to booking a tour as their controversy continues after 2018’s Trident Wolf Eclipse. However, this hasn’t stopped them from creating awesome tunes along with returning to the states fulfilling their scheduled tour.

Known initially as Raven, but since that moniker was already taken with the UK heavy metal act, the group ultimately changed their name to Shape of Despair. Eventually, they formulated their sound, and by 2000 they introduced the world to a whole atmosphere of melancholy with Shades of… Since then, these Finnish funeral doom metallers have released an overall of four records with 2015’s Monotony Fields as their latest. The group has been working on a new album, which we hope to hear an update soon. 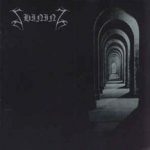 Shining, the Swedish black metal group led by Niklas Kvarforth, the one many are terrified of, started to showcase his horror and pain with 2000’s Within Deep Dark Chambers. Since then, his music is split between those who love or fear it, which we heard in the latest album, X – Varg Utan Flock.