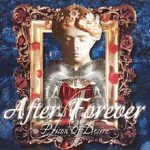 06) After Forever, Prison of Desire

Dutch symphonic metal outfit After Forever paved the way for a handful of artists including Epica’s Mark Jansen as well as Floor Jansen, who joined Nightwish in 2013. However, it was their monumental debut effort, Prison of Desire that started it all with songs such as “Follow in the Cry,” which Mark covers to this day with his other project, MaYaN. With a group filled with incredibly talented musicians, it was only a matter of time until these members went their separate ways and ultimately led to their split in 2009. You can find Sander Gommans, the mastermind behind After Forever, in other projects Trillium and HDK, and Phantom Elite. 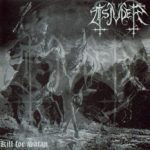 After a number of demos and EPs, it was 2000’s Kill For Satan that marked Tsjuder’s debut full-length effort. These Norwegian black metallers later signed to Season of Mist just in time for 2004’s Desert Northern Hell. It was only recently when the group revealed they’re working on a follow-up to 2015’s Antiliv. 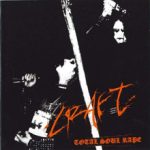 Craft, these Swedish black metallers have excelled since 2000’s Total Soul Rape. However, their style remains coarse and raw, which we’ve seen in 2018’s White Noise and Black Metal. 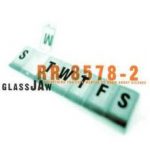 09) Glassjaw, Everything You Ever Wanted to Know About Silence

Long Island’s Glassjaw is perhaps the definition of what the hardcore/post-hardcore scene looked like back in 2000. That was the time when bands continued to explode from both Nassau and Suffolk county. Everything You Ever Wanted To Know About Silence, remains an untouched classic twenty years later. The group has released three studio albums with 2017’s Material Control being their latest effort and first full-length record since 2002’s Worship and Tribute. 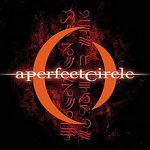 The year 2000 was when everyone loved Tool. When A Perfect Circle came out with Mer de Noms, it was an immediate listen. It could be argued that this record is APC’s best effort. The band’s sophomore album soon followed with 2003’s Thirteenth Step, followed by their 2004 cover album, Emotive. However, it took them fourteen years to release their fourth record with 2018’s Eat the Elephant.