If you’ve ever been to an Every Time I Die show, you know that they’re pretty much out of control. They’re up there with The Dillinger Escape Plan for the energy of their frenetic live shows. If you’re going to an ETID show, you know you’ve signed up for lots of movement and one big pit. However, a woman in Michigan seems to have not gotten the memo on that, and is suing guitarist Jordan Buckley after a he apparently stage dove and landed on her head. Detroit’s WXYZ reports that Tony Ross was injured at the Crofoot Ballroom:

Tonya Ross, who was present at the Crofoot Ballroom in Pontiac during the concert, said she suffered catastrophic injuries from the incident. Ross said Buckley didn’t warn audience members of his intent to jump into the crowd, and she also said she was completely caught off guard. Upon visiting her primary physician the next day, Ross was told that she suffered a concussion and neck fracture. She said she is required to attend ongoing physical therapy and medical appointments.

It’s unclear whether she’s suing just Buckley, or the venue and promoter as well. And it’s certainly unfortunate that she was injured. It’s not simply a “you shouldn’t have gone to a metal show” kind of thing, but being aware of your surroundings is never a bad idea regardless.

For his part, Buckley seems to not be aware of this: 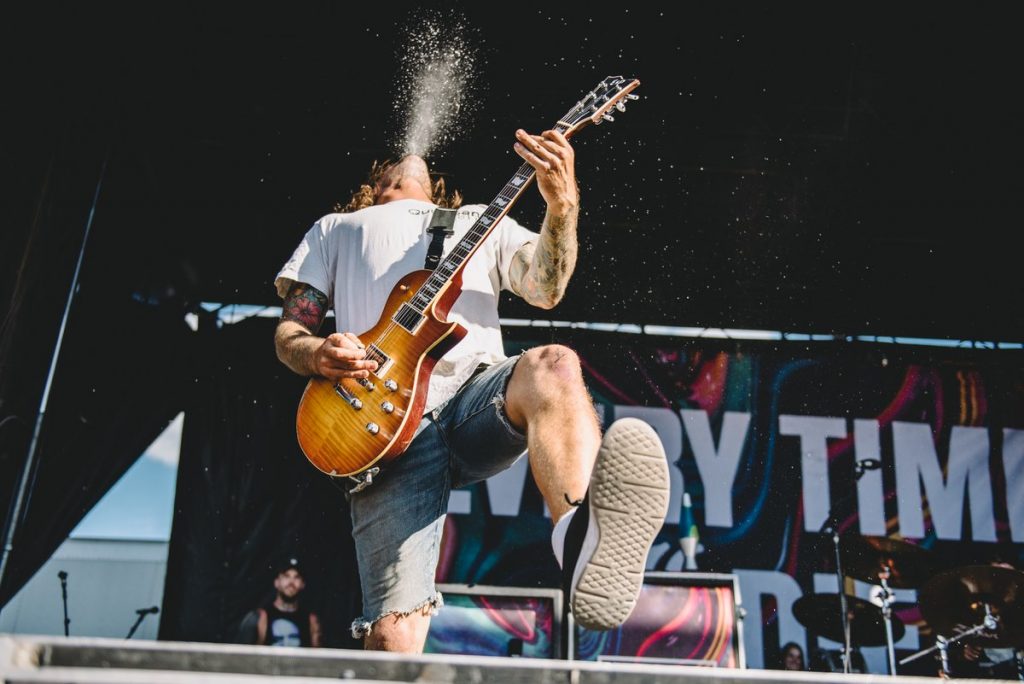