Ending several months of speculation, Darkest Hour have signed with E1. The Washington D.C.  band had been signed to Victory Records since 2001, having released five albums on the label. Each album has done better, sales-wise than the one before, with their most recent album, last year’s The Eternal Return, having debuted at 104 on the Billboard chart.

“We are at the end of [our latest] touring cycle and we are going to be playing a kid’s house, since he won the contest, which was to have Darkest Hour play at your house, and we’ll be playing in Grafton, Ohio,” guitarist Mike Schleibaum told Noisecreep. “He invited his entire school and we are going to play on his mom’s deck on April 18. I am sure the cops will come after the first 20 minutes. It’s part of the fun. We talked to his parents, and it’s kind of a fitting end for the touring cycle. We were playing houses when we started 15 years ago. We will play this show, then go into hibernation. We have been writing the E1 record for a few months, but we will hibernate and get it finished.”

E1 has been on a signing rampage lately, with Kittie, High on Fire, Zoroaster, and Overkill among those joining the roster in the past year or so.  Having seen Darkest Hour play on last year’s “Summer Slaughter” Tour, the band stood out amidst a sea of generic deathcore bands as the  on the tour. Yes, they’ve been playing for 15 years, but it seems like they’ve still got plenty left in the tank. Looks like we’ll find out around the end of this year or the beginning of next. 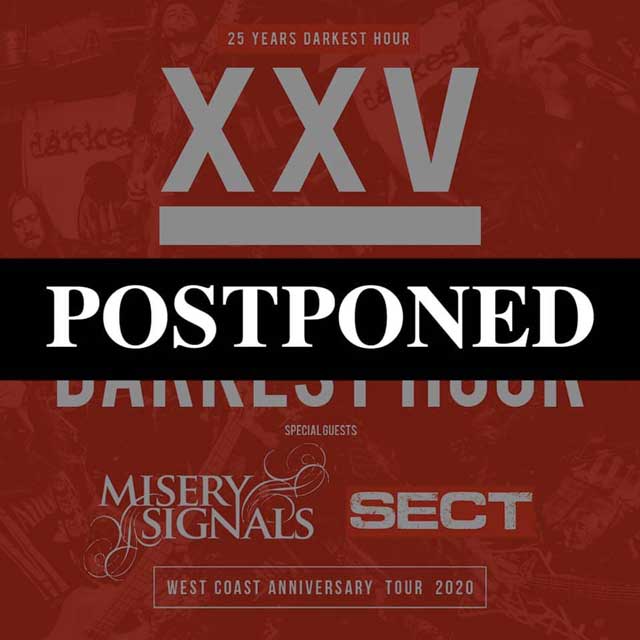