After twenty-seven years, Stone Sour will release their first-ever official live album. Hello, You Bastards: Live in Reno on December 13th (pre-order here). We caught up with guitarist Josh Rand to discuss the live record, the history of Stone Sour, and more.

How did you guys select the Reno show to be the one for Stone Sour’s first-ever live album?

It’s kind of a funny story, and cool. Initially, we didn’t pick that show. We were planning on recording in Russia, and the recording equipment had come early. Our sound guy and TM decided to go ahead and do a test run, but us guys in the band had no idea that the Reno show was going to be recorded until the next day. He was like, “Hey, I did a test run of the show to test out the recording equipment, if you guys want to hear it.” We checked it out. It sounded really good. When we got to Russia, we were fortunate that we were able to record the Reno show. Because we had nothing but technical difficulties over there with the recording unit, which means we probably wouldn’t have been able to record it over there. It just made sense. Everything pointed to us to go with the Reno show. One of the things we’re really proud of with it is, there’s absolutely no overdubs or fixing to any of the recordings. It’s literally how it went down that night.

So it was more like an unintentional happy accident?

How long have you been considering creating a live album?

I don’t know, to be honest. I don’t know why it’s taken us so long to make a live album. It just felt right this time. I usually try to come up with the ideas and plans for us to have material that’s released during the downtime of the band. In the past, we did the covers EP, and this time it just made sense for us to do a live recording because we hadn’t done it, and the way that it turned out was awesome.

I saw that everything’s 100% authentic for the signed setlist.

I’m a record collector. Going into this, even a year ago, I started working on what the packaging would look like. I wanted to make sure that we had great extra content without making it super extensive. Over the year, I made some phone calls to some people regarding having the guitar picks made and the passes. But I knew a great thing for the fans would be a signed setlist. We spent about four and a half hours on a day off a year ago signing all of those. The goal was to have a price point and not make it more than $40 for the vinyl. It’s all the extra stuff free if you’re even able to get a vinyl at this point. I think all of the pre-orders across the board are already sold out. I think only the mom and pop stores around the world is the only place you can get it on December 13th. I don’t even know what that number is anymore.

I know Corey Taylor is very busy with Slipknot right now. But, what’s in the works for Stone Sour? You guys tend to rotate every other year or so.

Actually, we’re on a hiatus, and there’s no timetable for our return this time. I guess I have as much information on that as you do at this point. So we’ll just have to see what happens.

Throughout the Stone Sour’s career, how has it been juggling with Corey’s focus between Slipknot and Stone Sour?

I guess it works just as well as it possibly could in that situation. I think in a roundabout way, it’s been a blessing for both bands. It allows each act to go away for a while, so you’re not over-saturating yourself. Then when either band comes back, it’s exciting for everyone, because we didn’t just tour there eight months ago. You’re not killing your welcome anywhere. It also allows from a writing standpoint a little bit more time to be put into each record. I think for both bands, instead of being just thrown into, “Oh, we’ve got to make this record, and we just came off the road.” It’s exciting for us after we’ve been away from it for a couple of years, as much as it is for the fans when we go back out when we’ve been gone for a couple of years.

It’s nice to have a balance. Stone Sour has had quite the journey, including landing the opening spot for Ozzy Osbourne a few years ago. What are one of your personal favorite experiences?

There’s so many. I mean, from a live standpoint, I’m a huge Metallica fan, and we got to open for them when they came back from St. Anger, or when they released St. Anger after James went to rehab and Jason left the band. So to see them come back that first show and be there, it was in Italy, it was amazing.

Next year marks the 10th anniversary of Audio Secrecy. Do you guys have any plans celebrating that album?

I don’t know yet. I’ll be honest. Right now, my focus is on the live record. After that I don’t know what we’re going to do or what the plan will be at this point.

Looking back on this decade, is there any up and coming bands that formed within the last 10 years you think people should look out for?

There are so many bands out there. To me, I feel this love/hate for Greta Van Fleet in the industry, and I don’t understand it. I mean, I get they might have worn their influence a little heavy on their sleeve, but they’re also a very, very young band. I’m kind of curious to see where they go in the future as they tour, record, and, you know, kind of get into the groove. It’s really difficult. Some bands can release an Appetite for Destruction. That usually doesn’t happen, but it does. A lot of bands, it takes a couple of years for them to get their footing in the band. And just their groove, to become whoever they’re going to become for the rest of their career. I feel like with them, the sky’s the limit. I’m just curious to see where they take it because they’re great players, he’s a phenomenal singer. But they need to start working on their own voice moving forward, and I think they’re capable of doing that.

You never know with bands, sometimes they blow up out of nowhere, and then others, it takes a good fifteen years to get noticed. It’s a hit or miss. Is there anything else you want to say or add about the live album?

Probably nothing that we haven’t really touched on. It’s more just the packaging and the extra stuff. You get the signed setlist that’s absolutely 100% signed by us. I guarantee you that. And the fact that it’s 100% live, people don’t make those types of records anymore. We’re really proud of that. We’re proud of the packaging, and we kept it affordable without, I mean, basically all the extras are free. That’s the reality of it, and it was a thank-you to everyone that came out and supported us on the Hydrograd tour. 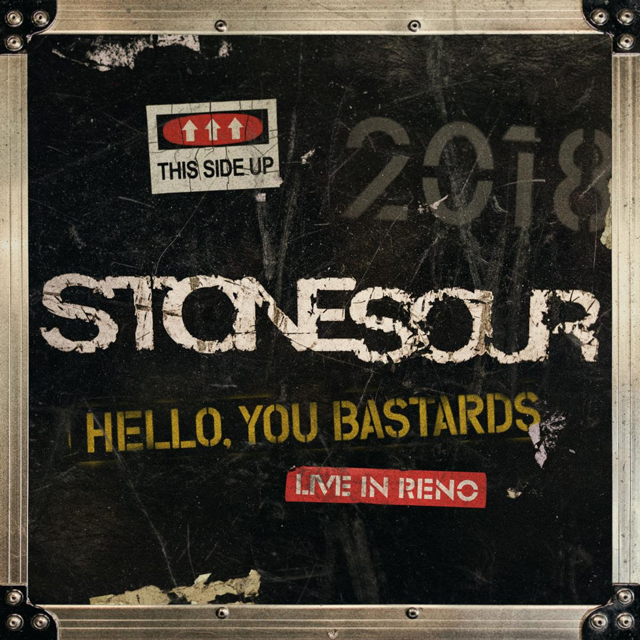