Like a storm have spent quite some time on the road supporting their latest effort, 2018’s Catacombs, via RED Music (order here). Before these hard rockers embarked on their European trek with Godsmack, we saw them headline this year’s Sirius XM Octane Accelerator tour. We caught up with Kent Brooks to discuss their high-energy performances, breaking into the American market, the New Zealand scene, and the use of fire emojis. Read the discussion below:

Awaken the Fire more or less brought you guys exposure to the U.S. How have things been since say your tour with Sevendust a few years ago?

Yeah, well things just keep growing and growing. With stuff like YouTube and things like that. People can see you live and then they can go back and go down the rabbit hole with a band. I know I’ve done that stuff in the past with a few bands. I’ll hear a song, and these days you can just look at everything they’ve done in their entire back catalog. And to me, it’s a power to become a fan of the band. Once you see about two or three awesome songs from a group, sometimes they go, “Man, that song is really good!” That seems to be happening for us, because going on to tour with a band like Sevendust, or Steel Panther or anyone when we come back through, you can tell that our names are out there and people are checking out what you’re doing. And even some videos from a few years ago, they kinda want solo videos that are now cranking up millions of views. We’ve been lucky getting what we’ve got.

Now with your latest album, Catacombs, can you tell me what direction you guys decided to go with it?

Well, at this point we’ve been touring a lot so, we wanted to get that tone. I think that perspectively, when you’re touring, you approach music from a place of what it’s going to be like when playing live. Some of our earlier records had a few hits and some sort of vibey stuff but there was just a couple of them, and that’s it. Now we’re invested in our live shows and songs with a really high energy. We approached that with the album. We’ve always grown up loving heavy riffs and really cool, complicated drumming. And we grew up to the heavy rock genre and we wanted to bring that back. 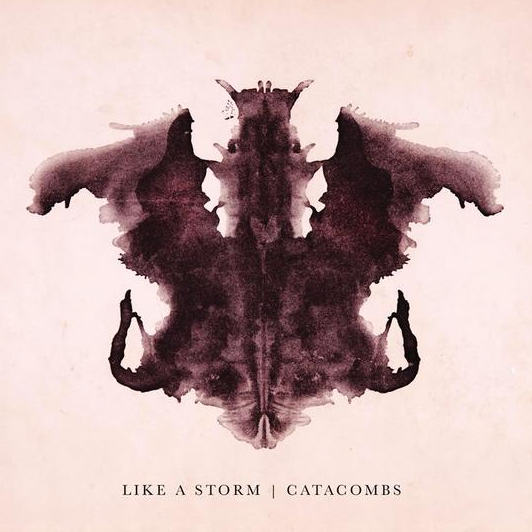 You guys certainly do have a compelling  live show and how has the reception been playing the new songs live?

It’s been awesome and we made sure that we keep the balance between the songs people want to come and hear, but also, we did as much of the new album as we could. Because as I said, we’ve gotten a lot of high energy. I think we’re probably having more fun playing live now.

Have you guys ever started working on new material?

We always do. Three of us are songwriters in the band. It can range from just sharing the guitar riff with one another to bringing in fully formed songs. Our latest single, “Complicated,” was a song that Matt, my brother did the demo of and it really hasn’t changed much since that demo. We’re always stockpiling ideas. When you start living with that pressure of feeling like there’s a time constraint, when your creating, you don’t want it to be a stressful environment, you want to enjoy discovering  ideas.

Do you have anything planned for a new record or are you just busy touring?

We’re always chipping away. And the fact that you can record on your laptop now and sing ideas into your phone… Back before I-phones and stuff, you had to write them down or, sing them, I wasn’t really organized enough I kept losing my bag. But these days you can literally stockpile stuff, and you can put a little fire emoji and put that into something you think has potential. When it comes time, you can go back and look into it. That’s really cool, too. If someone writes the song and they’re like “yeah, but that could work” then you can go back and look through your work. I learned that from Tom Morello of Rage Against the Machine, he did that. And then we’ve become friends of Mark of Tremonti and Alter Bridge over the years. That’s what he does too. So I kinda picked it up from those guys.

You can never go wrong with the fire emoji.

It’s one of my favorite things, and it’s very visible too, so you can always go back to it.

What are some of your plans for this year?

We were on the US tour for Sirius XM Octane, this was their first ever nationwide tour and they asked us to headline it. Which is a huge honor. We’ve been in Europe with Godsmack. They invited us to open their European headline tour. This European tour is taking us to places we’ve never been before, like Romania, Hungary, Bulgaria. And in the middle of that, went to Japan, to perform at Download Festival. After this, we’re going to European festivals across the Chanel. Then we’ll come back for more U.S touring a week in Australia, Canada. Yeah, we love traveling. It’s a bonus.

There are some really good bands and musicians in New Zealand that the rest of the world has never heard of, and that’s kind of a shame. But mainly that’s because the country’s just too small, too far away. The thing that people love most about New Zealand is how clean and underpopulated it is. It’s quiet and peaceful. And that’s the thing, if you’re in a band trying to make  it you need places to go. No New Zealand band can be a professional touring band, unless they tried to go overseas and that’s why we knew there was kind of this glass ceiling above us in New Zealand. We could see these international bands come in and their show was so dialed in, and we knew we had to get overseas and try to make a name for ourselves.

How does it work for a band to get noticed out there? How did you guys do it?

Well the first thing is we took what we thought were our best songs, and we took the best recorded version of that. Then we had that demo and in our experience, having recorded music has always worked better than playing shows. Yes, you can play a show and somebody in the crowd can see you, will work with you, and will take you on tour but, it’s a tad bizarre. It’s better to give somebody a demo who can listen to your music on their time. Our producer who produced our first record was our biggest breakthrough. He heard our demos, invited us to LA to record. The bands that gave us our first shows saw our videos and heard our first album and then they wanted to do that. What really blew things open for us was when the radio station started playing “Love The Way You Hate Me.” At the end of that point, it helped get our name out there, up in the US, but we’re on the other side of the world. Sometimes bands are always like “You want to make it to the next level.” And you want to start touring because you wanna get your name out there.

How important is it for you to reach the American market?

It was always a dream of ours, to be honest. New Zealand had a mix of influences of English bands and American bands. And we love English bands, obviously, The Beatles, Pink Floyd, Oasis, we grew up loving that stuff. But with our sound, we always gravitated towards American bands. They’re a bit more heavier, more energetic in the show. So we always wanted to come up and play the festivals and tour with the American bands. And then after we’ve done that for a while about starting to expand into other markets. In America, we find that we can always come back and the American shows will be more special. We’ve been to Chicago six times in one year.

I completely understand how that goes. Is there anything else you want to say or add?

I want to thank the fans that come out to the shows, because there’s so much competition these days. People can go to the movies, they can go wherever. But there’s still an appetite for live music out there, and people coming out to the shows is what enables us to live our dream, and if it wasn’t for our fans, we’d be the same band, but we’d be playing in a garage. The only difference, what makes you a professional touring act is the folks. If you’re just playing in your garage, what are you? We’ve always been truly appreciative of our fans.