Pallbearer are set to release their new album, Forgotten Days, on October 23rd via Nuclear Blast (pre-order here). We caught up with bassist Joseph Rowland to discuss the record including its challenges and the incredible cover artwork.

I’m sure when writing this album you didn’t expect we would be faced with a pandemic. I have to say, it’s coincidental how Forgotten Days will be released at the perfect time. There’s a lot in this record that we can connect with from these strange times, as the title track states, “Is this Insanity?” With that being said, what made you go ahead with the release date and how is it like for you to release a new album during a pandemic?

It was a concerted effort between ourselves, management and our label Nuclear Blast regarding when the album would be released. It was delayed from earlier in the year but I’m excited that it will still see the light of day during this hellish time in everyone’s lives. Apart from that, I can’t say what it’s like since it’s not out yet, and many of the things we would do to promote the record and exist as artists are not a part of our reality as of this moment.

What was the process for Michael Lierly’s powerful cover artwork for this album?

As always we discussed the concepts amongst ourselves, especially Brett and myself, and we approached Michael about the concepts we wanted to present and feelings we wished to convey. I can’t speak to his process beyond that but he created something for the record that I believe is unusual, striking, and quite emotional. 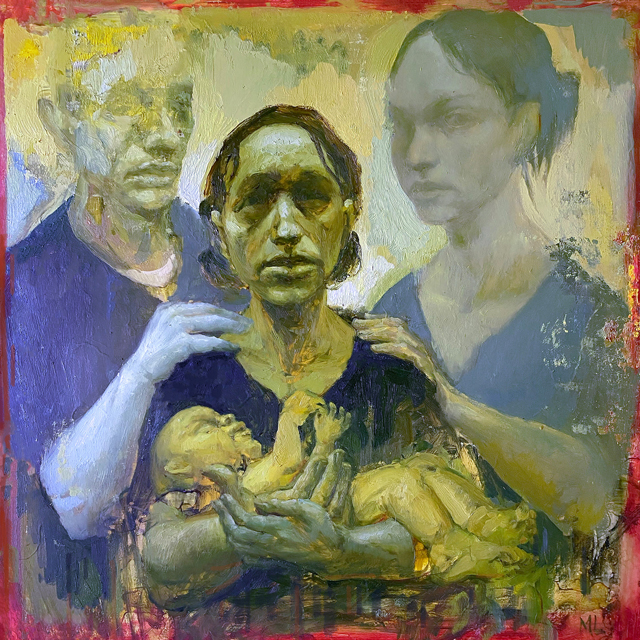 How would you compare Forgotten Days to 2017’s Heartless?

In many ways, Forgotten Days has stripped away much of the ornamental, cleaner nature of Heartless and exposes the musculature behind our songwriting. In some ways it is leaner and less explorative, but also provides a platform for a deeply emotional set of songs that cover some intensely personal subjects; they are some of the most difficult we have committed into this space.

Can you talk more about the songs “Silver Wings” and “The Quicksand of Existing?”

Silver Wings and The Quicksand of Existing represent a significant duality on the record. The former being a macroscopic and labyrinthine song that harkens back to our earlier works in both the progressive rock and doom metal realms, while the latter represents something wholly different. Simple by design and allowing for markedly varied sets of musical and lyrical shadings.

What songs were more challenging to write for this album?

Probably the most difficult from my perspective seemed to be Caledonia and Silver Wings, although Silver Wings was one of Brett’s compositions. I can’t say whether it was difficult to write but it unfolded over a longer period. Likewise, Caledonia, which I wrote, took a span of multiple years to reach its finished state.

While concerts and tours remain uncertain, do you have any plans for a record release livestream or virtual tour?

We hope to make something happen virtually. It’s been difficult because we’re geographically separated and the right and safest opportunity to make such a thing take place still hasn’t occurred yet. Fingers crossed though!

I hope that it can bring some sense of peace and catharsis to others as it has.