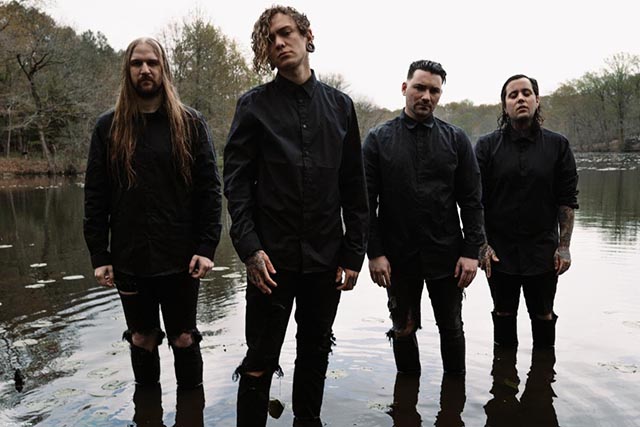 Lorna Shore have showcased their darker side with the release of their new EP, …And I Return to Nothingness (order here). The follow-up to 2020’s full-length effort, Immortal, the EP is an overall introduction to their new vocalist, Will Ramos (A Wake In Providence). We caught up with Ramos to discuss the group’s next chapter.

You guys have been through quite a bit over the last year and change. I remember, I think it was the tour with your live debut with the group, the European trek with The Decapitated took place right before the world shut down, and this must have been quite an experience for you having a chance to introduce yourself live, just in time for the pandemic to hit. How has this experience been like for you?

Honestly, it was a rollercoaster, because it was like, I knew that I was going on this tour, which I was not expecting at all, and then it was like, “All right, finally. I’m finally going on the road.” And then, “All right, now the stress kind of begins, because now I’ve got to…” obviously, appeal to these people that you’re like, I feel like in my mind… If you’ve been listening to Lorna Shore for a while you probably have a predetermined idea of what you’re expecting this thing to be.

I’m obviously a little anxious about the whole thing. And then, in the end, it was fine, until when it got cut short, it was like, this is the downward part of the rollercoaster. It was like, “Dude, wait.” I was so excited to be out here finally, and then we finally came out and then it was like, “Just kidding.” We had the rug pulled from under our feet. That being said, I felt that we still made a good impression, so I can’t be too upset. The only thing I’m more upset about is that we weren’t  there longer, and still worked out great in the end.

What was the overall process like, putting the EP, …And I Return To Nothingness together during a pandemic?

Honestly, it gave me some inspiration. I feel like the pandemic, because right before it all hit I did lose my uncle, and it was very sad. But, he also gave me some inspiration to help write these three songs that we have. Honestly, the pandemic was hard for a lot of people, but it was also good in a lot of other aspects. It’s kind of hard to talk about, in a way, but I felt that we made it happen. I think that’s what counts. We stuck through it.

How has the creative process changed or developed since you’ve joined Lorna Shore?

Well, it feels fluid, honestly, because we’ve known each other for a little while, and I’ve been in other bands that were similar to Lorna. Before the whole Lorde thing was A Wake in Providence, and I was in some other death metal bands and whatnot. I want to say it wasn’t anything too different, I feel like what they already had. At the same time, they came to me, they said to me something like, “All right, you’re already in this realm.”

When we all came together into the studio it clicked. It was like, “Wow, this is great. This is exactly…” It’s one of those things where I loved these dudes, but never been in the studio with them, so I was a little anxious. But then, when we left the studio we were like, “Wow, that was fantastic, and look what we got now.” So, yeah, I feel really good.

What was the experience like making the video for “To the Hellfire?”

Working with Eric DiCarlo is always great. Always. I’ve known Eric DiCarlo since well, he is actually the guy who got me into music, I want to say in the music industry in the beginning. So, when I saw him again and he was like, “Dude, we’re doing another video,” fucking six… excuse the language… six years later I was like, “Oh my god. Well, let’s do it.” And then it, again, was one of those things where it’s like, it clicked for old time’s sake, or something like that. It felt really comfortable. Working with him is great, and working with the band, even for the first time, is also great. As far as making a music video goes.

I think there’s some slow motion camera tricksI thought  looked really cool, and it fit the mood of the song. I’m glad that you had a positive experience with it.

Oh man, it was great. I think it came out… Especially with the fire at the end, and the slow-mo, exactly what you’re saying. I was like, “Well, “This is good. I’m happy with this.” Fantastic.

What plans do you guys have once the EP is out?

Well, we’re going to try, for starters, we’re going to try and get some shows out. We really want to push these songs that we have, because this is the new Lorna Shore. So it’s like, “All right, now we need to make sure people know that this is a new Lorna Shore.” So we’re going to go get together, and then I think later on in the year we should have a couple more things coming up. But, things are still unfolding because it’s still very fresh. Or, it feels fresh, anyway. But, yeah, I’m excited.

Can you talk more about the song “…And The Return to Nothingness?”

Basically, I’ll tell you, the idea about these three songs in general was the idea of life, death, and rebirth. “To the Hellfire” was supposed to be death. And, To the Hellfire was supposed to represent dying, and how it… my interpretation of it, because like I said, this whole thing went back to how I was in a dark place after we got back from the tour, with this whole COVID thing, but I was like, “I feel like this is a good space to write about this.” And then the next song about that was supposed to be, “Now this is it.” You’re floating through this ether kind of thing. And then the last song is being reborn, almost, and that’s how I try to think about these three songs as a whole.  I grasped different aspects of these different encompassing topics, I guess, and brought it all together. So, that’s what I try to do.

I guess, in a full circle, and I hope your fans will appreciate it and like the new direction. Is there anything that you wanted to say or add?

Well, all I can say for the fans is, this is the new Lorna, and I think it’s going to be better than anything we’ve put out before, but I guess at the end of the day that is for you guys to decide. So, I hope you guys enjoy what we have, and, yeah. Cheers to the future. 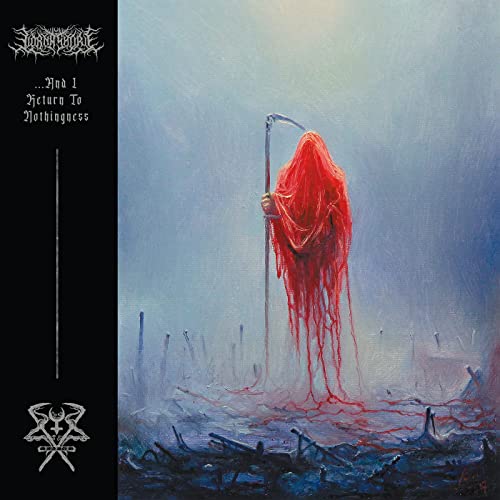 Check out Lorna Shore’s tour dates at this location.