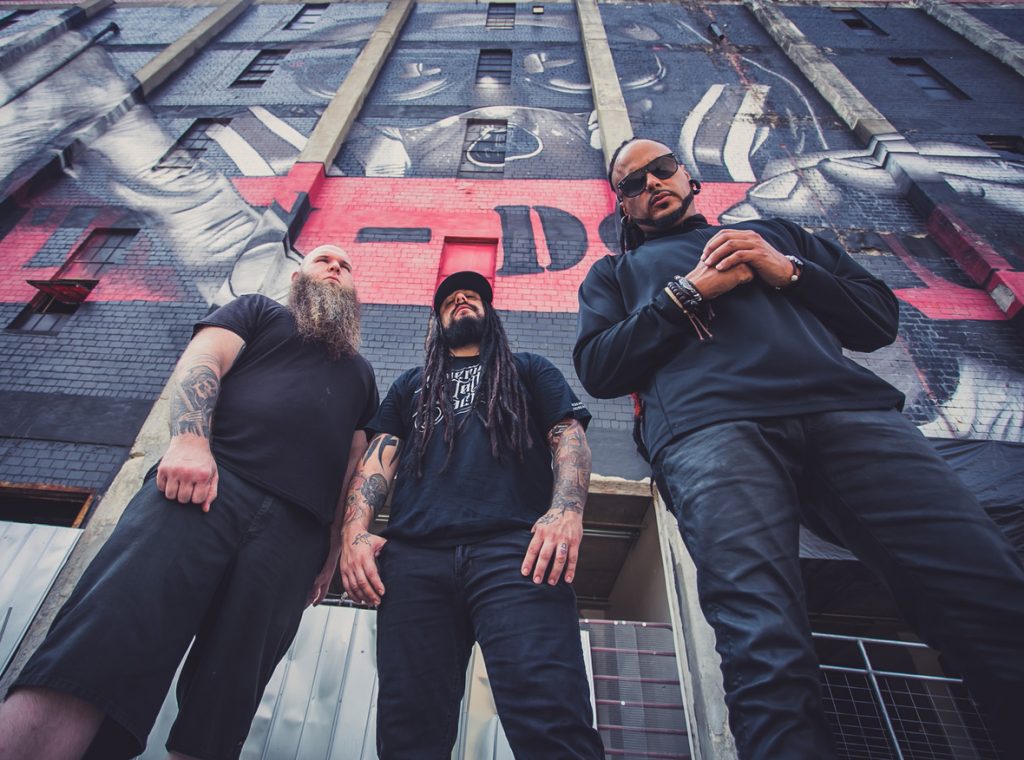 Miami hard rockers Gears recently dropped their new single “Tango Yankee,” which featured the one and only Lajon Witherspoon of Sevendust. The group has already gone through a wave of challenges, however, nothing has stopped them from creating music. We recently caught up with drummer Jimmy Wooten to discuss more about these said challenges, their new single, and more.

I read you had a few setbacks around the time your debut EP Set In Motion arrived, one of them being the trailer accident. Can you talk about that experience?

Yeah Sure. We were on our first tour supporting the SET IN MOTION release. We came out of Florida heading up I-95 in GA, our equipment trailer actually disconnected and an 18 wheeler first struck the trailer, then struck the van. It was pretty scary. We were all banged up with various injuries, but were able to continue without missing any shows. This was our first release, our first tour and we were already getting quite a bit of press. People seemed to be really excited to see the band, so there was no way we were canceling. We ended up doing the rest of that tour, like 3-4 weeks in a rented box truck and a Jetta. It was pretty rough, but we got through it and everyone who came out on that tour really seemed to dig the band, the reaction was fantastic. We knew we made the right decision to tough it out and start the journey.

What convinced you to push forward through the challenges?

We just had to, man. It’s something that’s in us. To be honest, after doing this as long as I have, I wouldn’t know what to think if there wasn’t some ridiculous amount of challenges to overcome.  I think that makes it so much more valuable. Challenges just create opportunity to find out more about yourself and the people you’re doing this thing with.

The dreaded question. HAHAHA. Well, I think one thing about this band is that there is something that everyone can get into. We have some heavier faster songs, some slower more melodic ones. We don’t really go for any particular sound, we just try to write and perform what we think are great songs to us. Hopefully, people dig them.

Now with the new single “Tango Yankee” out, what’s next?

“Tango Yankee” will be the focus for a little while. We’re finishing up a bunch of new stuff as we speak. Not sure if we’ll put out another “record,” but we’re planning on at least 3 more singles/videos by the end of the year. And we’ve got some pretty cool surprises that we’re excited to let everyone in on.

Amazing. When Corey brought up the possibility of working with Lajon on this track, we were instantly excited. The rest is everything you would come to expect from someone as talented and hard working as he is. He came in, knocked out the track in a couple hours and KILLED IT.  We are so grateful for the opportunity to feature him on a song.

What are some of your favorite underground metal bands from Miami?

So many good bands from Miami/South Florida right now. I’ve always dug Falseta, Silenmara, Daybreak Embrace, McFisty, The Von to name a few. These are also our go to bands to bring out when we play hometown shows if they’re available. Always a good time.

Looking at Fall/Winter 2019. Really want to focus on getting new material out right now.

I would just like to thank you guys at METAL INSIDER for always supporting everything we do.  Can’t stress how much we appreciate you! Thank You!