While fans of animation, science fiction, and fantasy are no doubt familiar with Heavy Metal magazine, the brand has been out of the spotlight for a while. That’s about to change, as a pair of investors, including a music industry veteran, are set to turn the magazine into a mutimedia platform and destination for fans of the brand and the genre. “I knew Heavy Metal just from being a fan, and as we looked deeper into it, the magazine has a very nice quiet presence, but it’s very influential to a lot of folks,” co-CEO David Boxenbaum, who spent 11 years as the GM of A&M/Octone Records, says. “The magazine was owned, and is still partially owned, by our partner Kevin Eastman, who is a legend in the comic/graphic novel world. He created Teenage Mutant Ninja Turtles, and he’s written and drawn a whole bunch of other graphic novels, but really wants to focus on being a creator.”

What Eastman, Boxenbaum and co-CEO (along with Boxenbaum) Jeff Krelitz envision the Heavy Metal brand becoming is nothing less than a lifestyle brand, melding music with the science fiction, horror and fantasy that’s the magazine’s calling card. “There’s always been a love affair between metal bands, graphic novels and animation,” Boxenbaum says. “I mean Corey Taylor just put out a graphic novel, and Claudio from Coheed and Cambria has put out multiple graphic novels. The animated series around Avenged Sevenfold is doing really well. And we’ve met a lot of musicians who really are really big fans of the genre, of graphic novels, of the art and the narrative and our active readers and in some places, creators. We want to bring the metal fans on the music side and those who like stuff the magazine is really about more directly together.”

As far as who the brand is looking to work with, Boxenbaum says Heavy Metal will be looking for those able to create on multiple platforms. “We’re looking at artists who aren’t just credible as musicians, but as artists,” he says. “We have the magazine, we have the online site and we have our TV and film capabilities, so we’re looking for artists that are not just “Hey let’s put out some music!” We want to say “let’s make music. Let’s do publishing together. Let’s create webisodic content.” We really bring all the capabilities of Heavy Metal as a company and as a media company to the artist. So it’s not just marketing music, it’s marketing the visuals. It’s marketing their stories – literally and figuratively – to both help market the band and for the artist to participate in.”

Boxenbaum admits that it will take a certain type of artist to want to get involved, but as a fan of bands like System of a Down, Mastodon and Avenged Sevenfold, he thinks that the emphasis will be towards metal. “Heavy metal fans, both the magazine and the genre of music, don’t just listen to metal,” he says. “So the emphasis is towards heavy, hard rock, but we’re talking to a hip-hop artist who’s a very unconventional hip-hop artist that has a lot of fans in that world. What we don’t want Heavy Metal to be is a continuation of what it’s currently perceived as. What ultimately we want is Heavy Metal to evolve into a lifestyle brand that is authentic to what the fans are into and what they really believe in and are passionate about. But it doesn’t necessarily require that Heavy Metal as a company can only do things tied to heavy metal music in the most literal definition. Put it this way – we’re not going to be putting out any pop records.”

As far as the existing properties, they’re not going to drastically change the magazine, which is still published bimonthly. They would like to bring it back a little more to it’s roots. though. “There was a time where National Lampoon actually owned the magazine and it became a little more adult,” Boxenbaum says. “And we’re not saying we’re going to eliminate that, but we want to bring it back to the roots of being a discovery platform for great emerging graphic novelists. And the magazine also has feature writing about a lot of different subjects, and one of the things we really want to bring into it more is music, both on the feature side but also as part of the graphic novel content.”

And while the iconic 1981 film not only put the magazine on the map, but also helped popularize the term “heavy metal” with the mainstream, it’s legacy was slightly sullied by a follow-up, Heavy Metal 2000. That’s why there’s no rush for another movie, with Boxenbaum guessing the next film from the brand is at least a few years off. “The first Heavy Metal movie was hugely influential and it did very well as an underground indie movie, but also influential artistically,” he says. “The second movie meant well, but it was a bit of a miss. That being said, there’s a lot of very prominent directors who want to be involved in a new Heavy Metal movie, because the format is basically an anthology, like the magazine. We’re all for it, but we need to get it right and also, we want Heavy Metal as a name to really resonate with people before we actually launch a movie.”

More immediately, they’ll begin work on two existing TV shows: Red Brick Road is described as a Game of Thrones-style take on The Wizard of Oz, while Peter Panzerfaust is an adaptation of the Image comic that’s being developed by BBC Worldwide and Elijah Wood. They’re also working on Chew, another version of an Image comic that will be a direct-to-video animated film and live action series. And the Heavy Metal trio are among the producers of the big screen relaunch of the Teenage Mutant Ninja Turtles film that will be out in August. 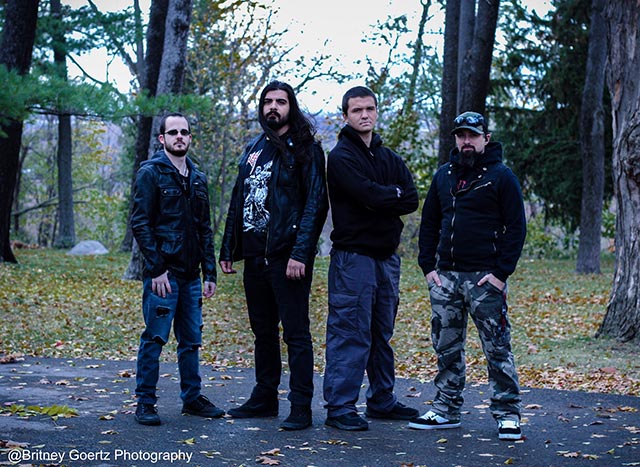