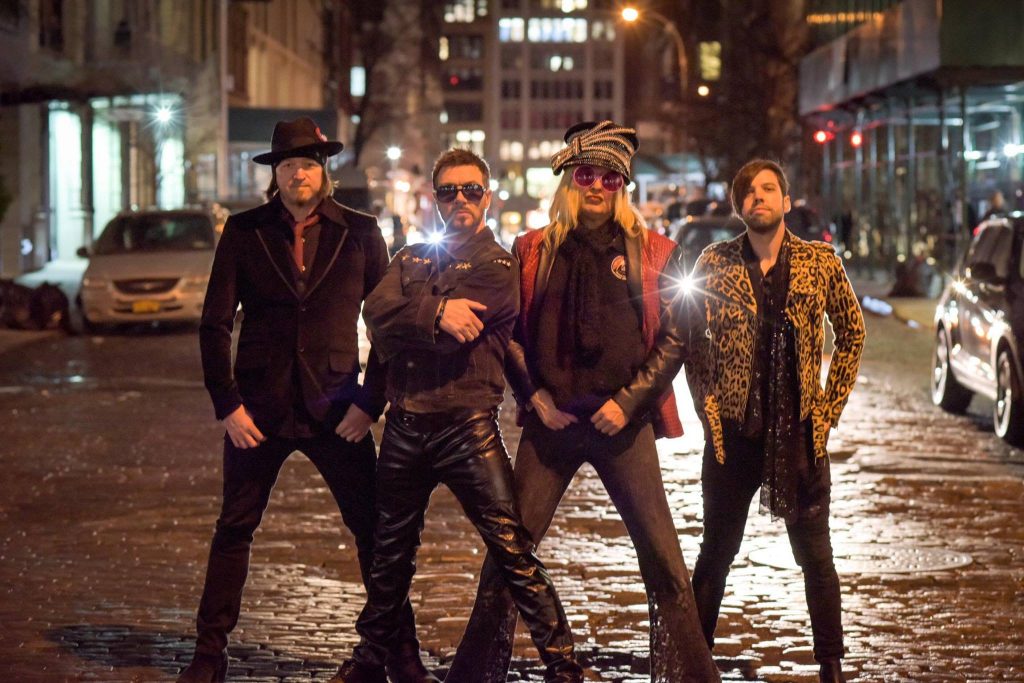 It is safe to say, Enuff Z’nuff have seen it all. Despite the changes that has evolved over the last thirty years, nothing was enough for these Chicago rockers to quit. Since their formation in 1984, they have released over a dozen albums including their latest effort Diamond Boy, which arrived on August 10th via Frontiers. We caught up with bassist/vocalist Chip Z’Nuff to discuss their new album, challenges, and more.

Diamond Boy is a fun and energetic album, which proves that you have sustained your overall pop-hard rock sound. With that being said, what does Diamond Boy sound like to you?

Thank you. It’s a 1970’s glitter rock record with all the trimmings. I think it’s a nice potpourri of pop, hard rock, alternative, and heavy metal. Perhaps a little bit for everyone.

Social media, substance abuse, bullying, promiscuity, and hope are among a few of the lyrical themes, but there’s plenty of subject matter throughout the record, which, in-totality, focuses on matters of the heart in present day.

Has today’s digital age change your initial method of recording music such as dropbox exchanges vs. writing in the studio?

No, it hasn’t. I’m a firm believer in that if you’re going to make a strong rock record, you need to do it in the studio together. This record was no exception. We recorded on two- inch tape analogue, and the bells and whistles were our instrumentation.

Many bands have disbanded over the years but you kept going and have seen it all, hair metal, grunge, nu metal, metalcore, post metal etc. emerge as well as “disappear,” what has kept you to continue?

Perhaps it’s a blessing from above when the average life expectancy of any band is three to five years. We have somehow found a foot hold in this crazy business this is known as rock n’ roll.

What have been some of your biggest challenges in your career?

Staying relevant. We’re in a day and age where there’s too much product and not enough demand, but a great song always wins.

Do you think streaming music these days benefits the artists and fans?

Certainly helps the fans because it’s free. And in a backhanded way it’s good for the artist because we get a chance to put our songs in their ears. Hopefully one day the music business will figure out what’s in the best interest of the artist.

The group have gone through a number of lineup changes over the years, have these changes helped keep the creative process fresh?

For fun, what movie genre would you sum up Enuff Z’Nuff’s entire career?

What does the rest of the year look like for Enuff Z’Nuff?

Anything you would like to add/say to your fans?

Thanks to all our friends and fans around the world. We hail you!