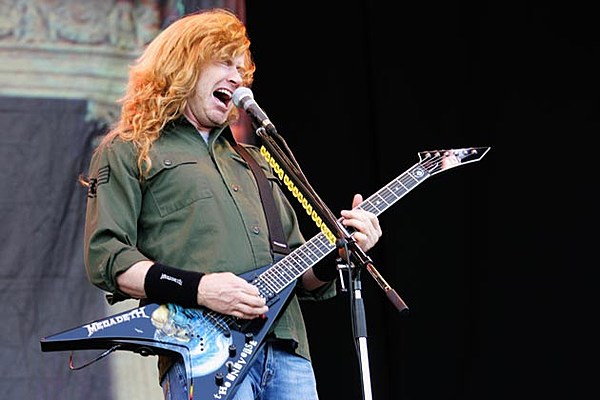 Back in 2002, Megadeth frontman Dave Mustaine experienced an unfortunate hand injury that damaged the radial nerve in his arm and left him with barely any functionality in his hand. Doctors told Mustaine that he would never play guitar again, and at the time, he disbanded Megadeth. However, he proved the doctors wrong, regaining the use of his arm again. The vocalist recently spoke to Kelly Vision and explained what inspired him to persevere:

“The inspiration for that was not wanting to give up because so many people have something that happens to them and they just roll over and die.

“To think about all the ideas, all the dreams, all the songs, all the lyrics that would have died with me if I would have rolled over that day and just said ‘That’s it, I can’t play anymore’…

“I walked out of his office, I got in a plane and I flew from Texas to Arizona and I went and sought out this radical East Indian neurologist who set me up on a 17-month routine of excruciating pain and nerve stuff.

“They stick these needles into your arm and blast you with this pulse, your whole body jumps – you’re getting electrocuted. So thank God it wasn’t my brain but my arm got shock therapy. [Laughs]”

Mustaine shared with South China Morning Post that he stills struggles with the injury to this day.

Check out the full interview with Kelly Vision below: