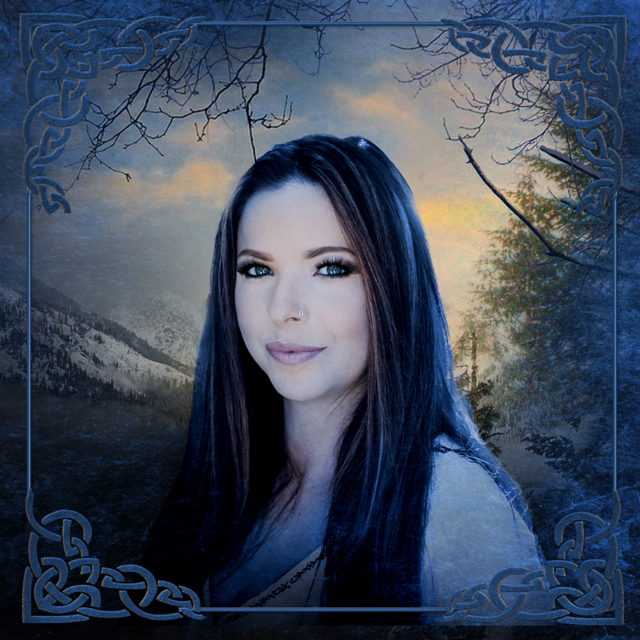 Leah’s new album Ancient Winter was released on November 15th (order here). The Canadian Celtic singer has wholly stripped out metal on her latest effort as it consists of five original tracks and three traditional century medieval songs. This record pairs well with fans of Loreena Mckennitt and Blackmore’s Night, and it’s the perfect “holiday” album for those who dread listening to classic “Christmassy” hits. We recently caught up with Leah to discuss Ancient Winter, crowdfunding campaigns, and more.

What made you decide to strip metal away from the new album, Ancient Winter?

I always planned on making some non-metal music. A lot of times when I’m writing songs, of course, I’m writing it without the metal at first. With the main structure of the song, I have the melody. I have the lyrics. The whole structure of the song is always done before metal is added. And then, I have to make a decision. Does this sound like a song that needs to be metal or not? I always wrote songs, growing up, without metal, and then I got introduced to metal and loved it. I wanted to combine my favorite things we did, but I always have to make that decision. Should this be a non-metal song or metal song? And I thought for this Christmas situation, or a holiday, that it would be best to make it more widely available to the average listener. Almost like it could be an introduction for some people, even into the metal world. I had a lot of fans who say they’re not even usually a metal fan, but they like my music. For them, it’s a way to be introduced to something they wouldn’t normally listen to. For this, I wanted to open things up a little bit for the average listener, and hopefully come up with something they would really enjoy. It’s a part of myself that I love to explore. I plan on doing, in the future, a full album that is not metal. Also, just maybe more fantasy-based. I think people could expect more of this kind of thing from me in the future.

How long have you been working on this album?

This is probably the fastest project I’ve done, I won’t say ever, but in recent history. It started with the idea in early January, and then I started writing for it in March. Everything was written and recorded by June. Pretty much mixed mastered at the end of July. And then, August forward was crowdfunding, and now prepping for the album launch. It’s been really bad, the whirlwind. I don’t recommend it for most people. It’s just a little bit crazy.

Since the record itself is different than your previous works, was the actual recording process any different from what you’ve done?

No. The process is the same, but it was much faster this time. I think because I had a very good idea of exactly what I wanted to do. Because it’s essentially a themed album, right? It’s a concept album in a sense. I went in this with a specific intention, knowing it’s going to have this theme, this is what it’s going to be about. That narrowed certain things. I could immediately eliminate certain songs that I was working on. I was like, “Well, if this doesn’t go.”

I read how this was supposed to be something for people who hate holiday music. Are there any particular songs on this album that’s more geared towards the holidays?

“Light of the World,” it has a Christmasy vibe to it, lyrically. Maybe not so much in the music itself, but lyrically it does. And then, also the traditional songs that I did, the Medieval ones, some of them are from the 15th, 16th century. There is Latin and French, where if you translate them, they’re very much like traditional Christmas carols from that era. In that sense, it is. But I feel like the way it’s produced and everything, that it’s highly enjoyable for much longer than just one month out of the year.

Can you talk more about the themes on the album?

Theme-wise, I always look at things in terms of mood and vibe and atmosphere. That’s how I approach things as a songwriter. That’s how I pick my music, what I’m going to listen to that day. Often had to do with what mood am I in? What kind of atmosphere do I need to create it myself at this moment? To whether it’s like I want to be focused, feel focused, or I want to feel driven, or I want to feel motivated. Music completely affects that for me, and I think for a lot of people. In terms of theme, other themes of the album, I would just say that it’s got a Celtic and Medieval backdrop. And then, there’s worldly elements and ethereal elements in there. Songs like “The Messenger” are completely different from the other songs, and it was not one all about atmosphere. It’s all about this ethereal feeling of something incredibly magical. You could paint a picture of anything you wanted while listening to that song.

You’ve been active with crowdfunding. There are companies such as PledgeMusic that seem to be going under, and this could be scary for artists. What are your thoughts about this possible new change with crowdfunding?

You’re right. I do quite a lot of crowdfunding. In my view, crowdfunding is a huge part of marketing. It should almost be done in every scenario. Just because of how much of a buzz it creates leading up to a release and launch. I’ve seen a lot of labels now, even though people are signed to a big label, they actually require their artists to do crowdfunding. Even the labels, they don’t have the capital that they used to. It’s also a way for a band to prove or validate the idea, or the album, the concept, or whatever they’re doing. In my view, it’s something that everybody is heading towards. I think this will be the new norm. And yeah, I mean, if you don’t get the support for it, you saw lots of people are getting partially funded, and even that is a huge help. I think we’re seeing a big return of the patron in the new music industry. I have a lot to say about that topic, so it depends how far you want me to go with it. But yeah, I think that it’s a wonderful thing. It means a lot more responsibilities for artists, but there could be nothing more rewarding. I’m willing to do the work.

Of course. Have you ever experienced a similar risk from what’s apparently happening with PledgeMusic?

I’ve never experienced anything negative. Usually, with those kinds of things, when companies go under like that, it’s a management problem. They certainly had enough people in terms of artists. They had enough customers. So, something was going awry in the management, and in the finances, and in that. I don’t know how they run things or why all that has happened, but there are plenty of other crowdfunding platforms that are doing just fine. I think the concept of it is not ever an issue. You have to look at each company as a case-by-case basis and be like, how are they doing? What’s the reputation? Do you like how they run? When I went to do crowdfunding, I always decided against using PledgeMusic. This was before they ever ran into trouble, just on the sheer fact that I didn’t like how it was run.

I tested the waters, and I didn’t like it. I also saw some significant marketing challenges, like they don’t allow Facebook pixel on their site. Most crowdfunding sites don’t. That, to me, tells me that they’re in the dinosaur age of marketing. They’ve no idea what they’re doing. Otherwise, they would allow for something as basic as a Facebook pixel for tracking. I’m always looking at things like that in my decision making. Of course, most musicians don’t know that if they’re not even attuned at all to what digital marketing is. Having some of that basic knowledge, for me, it helps me in making decisions. I’m less worried about what’s happening with this company or that company because I know,  at the end of the day, I’m in control of what I’m doing. So yeah, I hope that answered it.

Do you have any touring plans?

I’ve just been a recording artist since 2012, was when my first album came out. I am thinking about the future and about touring. I think it’s something I absolutely want to do. I’ve always wanted to do that. As many people know, I have five kids that I home school. They’re all very young. Especially back in 2012, they were really young. So, that wasn’t an option for me. Now they’re a little older, and I think that might be something I want to do and explore. Maybe even bring them along with me if it’s at all possible. I think that would be an amazing thing to do as a family. I will be thinking about it.

If people love bands like Blackmore’s Night or Loreena McKennitt, any of those kinds of worldly artists that have a lot of influences in the medieval world, and middle Eastern traditional sounds, I think they’ll really enjoy this. And yeah, I think that it’s an album for people who don’t typically like holiday music because you can listen to it for much longer. There are no “Santa Baby” songs on the album. There’s no “O Christmas Tree.” There’s nothing like that. I think it’s unique and different from what you would typically expect. I hope people will enjoy it. 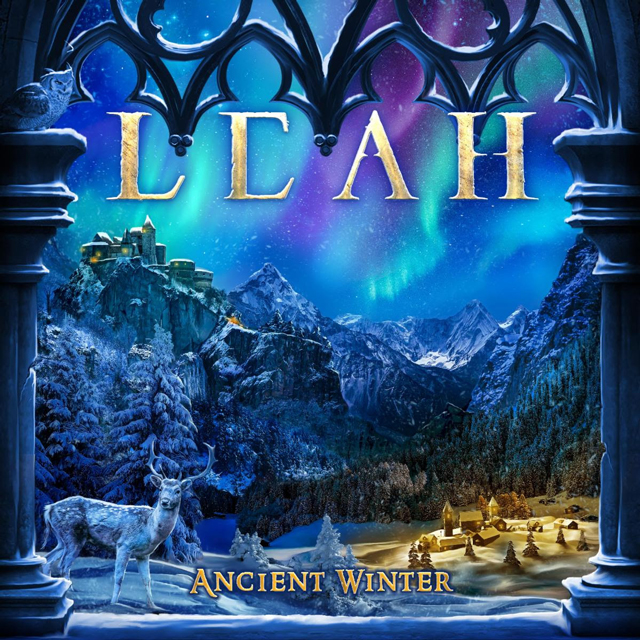