Musician Jason Becker, 47, of Richmond, sits in his home in Richmond, Calif., on Monday, June 26, 2017. Becker is upset about the vote this week by the Senate to repeal and replace Obamacare which he says will impact his care. Becker was diagnosed with ALS in his 20’s and eventually became paralyzed but continues to compose music with the aid of a computer. (Jose Carlos Fajardo/Bay Area News Group)

If you’re not familiar with Jason Becker, you should be. The virtuouso guitarist made records with Marty Friedman (as Cacophony) and played on a David Lee Roth solo album, all before he was 23. Then he was diagnosed with ALS (or Lou Gehrig’s Disease). He gradually lost the ability to walk or speak, but uses his eyes to communicate and has continued to compose music. If you need a refresher, check out the 2012 documentary Jason Becker: Not Dead Yet.

At any rate, Becker recently took to Facebook to give his thoughts on the American Healthcare Act (ACHA) currently being crafted by the Senate. In short, he says that the healthcare he’s gotten for the last 26 years has been as a result of insurance and Medicaid, and with the new bill reducing Medicad spending by $772 billion over the next decade, leaving 15 million without Medicaid. Becker says he’s one of the first people that will be affected by that, and it could result in his career – or life – ending. he was told that he had five years to live 28 years ago. He begins by saying that he’s not politicial, and reading his post, it’s obvious that it’s personal. Since his post Monday, it’s been picked up by the likes of CNN and the San Jose Mercury News, giving a face to the bill that’s up for Senate approval. 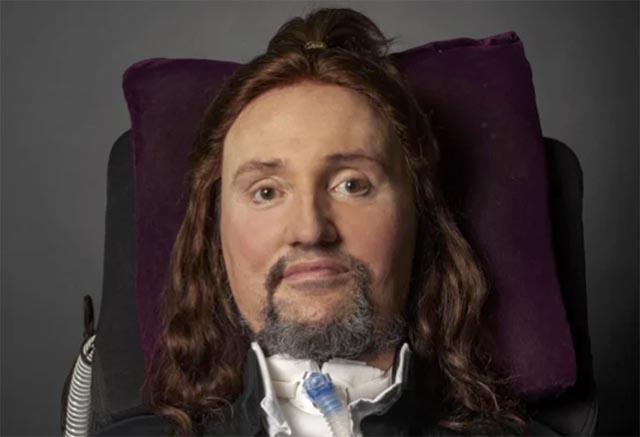