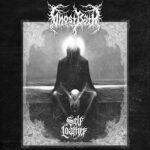 It’s been a long four years since Ghost Bath’s previous album. Now they’re back with their darkest, nastiest release to date. While I fell in love with the atmospheric, dismally beautiful sounds of Moonlover, I can’t deny the sheer rage emanating from Self Loather. “Convince Me To Bleed” is a ripping start, and it doesn’t let up from there. For every brief moment of pensive melody, there’s a blast of fury waiting right around the corner.

Key Track: “Hide from the Sun” 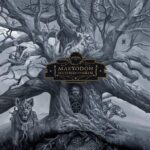 I didn’t know what to expect from Mastodon’s eighth album, but I didn’t expect to feel like I was rediscovering the band. Husband and Grim pulls from all corners of Mastodon’s discography, from the fast and pummeling tracks of their early days to the fine-tuned songwriting of their more recent releases. That the album is dedicated to the band’s late manager Nick John is impossible to ignore, particularly “Skeleton of Splendor,” a dark, slow, and emotional track that’s right up there with ponderously melancholic “The Sparrow” from The Hunter. 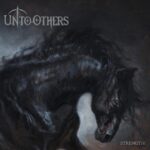 03) Unto Others, Strength (Roadrunner)

Previously known as Idle Hands, Unto Others are putting on something of a reintroduction in 2021. Their debut album Mana was my top album of 2019, and if you haven’t checked out that 80’s goth rock/heavy metal masterpiece, make sure you do. Now the band is back with a new name and new album, but all the same reasons to love them. The album launches with “Heroin,” the band’s heaviest track yet, and the hits just keep coming. The latter half of the album is a bit on the lighter side but is no less invigorating. There’s also a faithful cover of Pat Benatar’s “Hell Is For Children,” which further emphasizes the 80’s vibe. Strength is enjoyable for all the same reasons as its predecessor and another promising step in the band’s career.

Key Track: “When Will Gods Work Be Done” 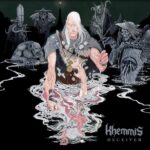 I didn’t get onboard the Khemmis train until their 2018 album Desolation, and then I saw what I was missing out on. Now the band has finally graced us with their fourth album, Deceiver, and it might be their best yet. All the good stuff, from big doomy riffs to entrancing vocal and guitar harmonies to soaring fantasy-themed lyrics about finding a way through the shadowlands. If you’re like I was, and you’ve been sleeping on Khemmis, do yourself a favor and start here.