It’s not that often when metal creeps its way into mainstream pop culture. So when metal/hard rock acts do actually pop up in beloved sitcoms, dramatic films, cartoons or even reality series, it’s kind of awesome. So in the weekly column Remember When, Metal Insider recalls the most random instances of metal’s elite appearing in front of the camera.

Nowadays, the Nickelodeon channel is known for animated series like SpongeBob SquarePants or hokey, kid friendly sitcoms (iCarly isn’t on-air anymore right? Whatever, nothing beats All That…). But in the early 80s, Nickelodeon had variety shows like Livewire. Taped in New York’s Ed Sullivan Theatre (where The Late Show currently tapes), the show gave kids and teenagers the chance to discover (and actually interact with) a wide range of celebrities and musicians, including bands like Twisted Sister and the Ramones. And thanks to Livewire, we can say this factually true statement: Manowar appeared on a Nickelodeon show. Let that sink in for a minute…

Manowar appeared on the talk show in 1983 to promote their sophomore full length Into Glory Ride. Dressed in Conan inspired garb (you know, the type of outfits you’d expect from ’80s-era Manowar), the segment kicked off with the band playing “Gloves Of Metal.” After the performance, Manowar sat down to answer questions from well-mannered host Fred Newman and an audience made up of youngsters and their parents. It’s already odd to think of any American TV program that would welcome a band like Manowar (though granted, they’ve made quite an impression on German TV). But watching the ’80s era Manowar interact with a studio audience of kids (on a Nickelodeon program, nonetheless) is quite an unusual site.

The metal warriors just announced plans to retire after their upcoming world tour. Maybe we’ll get a chance to see Manowar on an American series one last time before they call it quits? Until then, relive the time Manowar appeared on Nickelodeon’s Livewire below.

Categorised in: Columns, Remember When 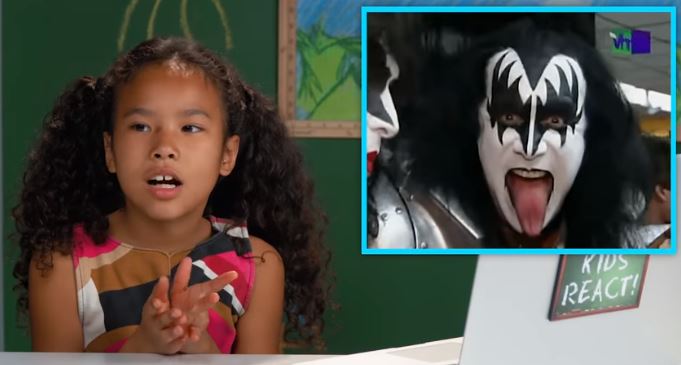