This week I’m down in Atlanta for ProgPower USA. So uhhhh sorry, I’m busy, this is going to be a short one. Check out some new stuff below and go listen to Fear Inoculum again. We had some words to say about it this week, and I’m loving it. 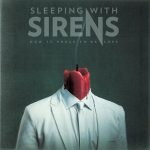 Sleeping With Sirens, How It Feels To Be Lost (Sumerian Records)

Music videos: “Agree To Disagree” “Leave it All Behind”
Upcoming dates: North America, September – October, with Bring me the Horizon. Europe, November.
How It Feels to Be Lost is also available on vinyl. 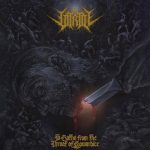 Vitriol, To Bathe From The Throat Of Cowardice (Century Media)

Music video: “I Drown Nightly”
Guitar playthrough video: “Crowned in Retaliation”
Our review: from Jeff Podoshen
To Bathe From the Throat of Cowardice is also available on vinyl.

Tags: How It Feels to Be Lost, Sleeping With Sirens, Sonata Arctica, Talviyo, To Bathe From the Throat of Cowardice, Vitriol