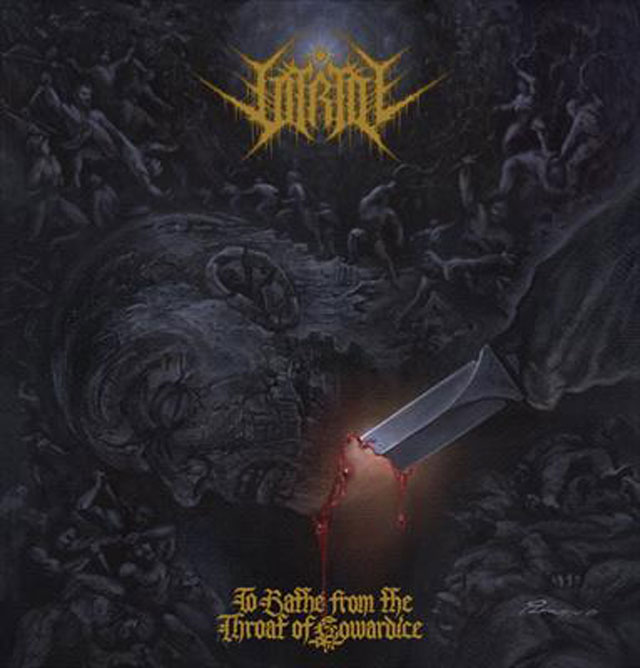 Portland death metal trio Vitriol are a relative newcomer to the extreme metal scene. Formed in 2011 and consisting of Kyle Rasmussen on vocals and guitar, Adam Roethlisberger on bass and vocals and Scott Walker on drums, Vitriol is set to poised to make their mark with their debut LP To Bathe From The Throat Of Cowardice. Fair warning…. it’s a killer, prepare your eardrums accordingly.

“The Parting of a Neck” is the opening track and it’s going to immediately grab you. From the first few bars you’re going to appreciate the ferocious double bass from Scott Walker. I would imagine Mr. Walker spends most of his days practicing his craft because his performance on this track and other songs like “The Rope Calls You Brother” is downright deadly.

It’s difficult to listen to this record and not immediately have early Behemoth come to mind. Lots of instruments playing at the same time and blisteringly fast.  Now, as someone who loves Behemoth, I have absolutely no problem with this. In fact, I wish more bands sounded like Behemoth. Of course, this isn’t to say that Vitriol is a “Behemoth clone.” Far from it. While many sounds on this record may sound familiar, Vitriol isn’t presenting a mere rehash of what we’ve heard before.  In fact, listeners will hear a lot of tech death influence in the songs as well as a lot of traditional death metal.

The shredding on “A Gentile Gift” demonstrates a slightly different side of Vitriol as does the time change. I also absolutely love the bass on this track. In fact, the bass tone on this entire record is quite memorable.

Here’s some taste of the amazing guitar and shred work you’ll experience on this record. Guitarist, Kyle Rasmussen is looking a just a bit passionate here:

This is a punishing record. Period. Undoubtedly I can’t wait to see this band live.

Vitriol’s debut LP, To Bathe From The Throat Of Cowardice, will be released this Friday (6th) via Century Media Records. Pre-order here. 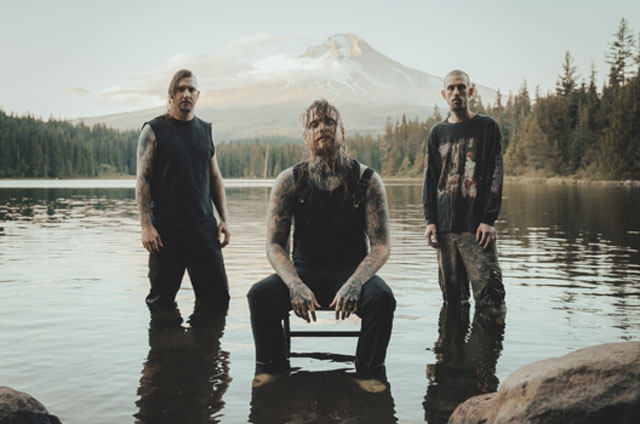 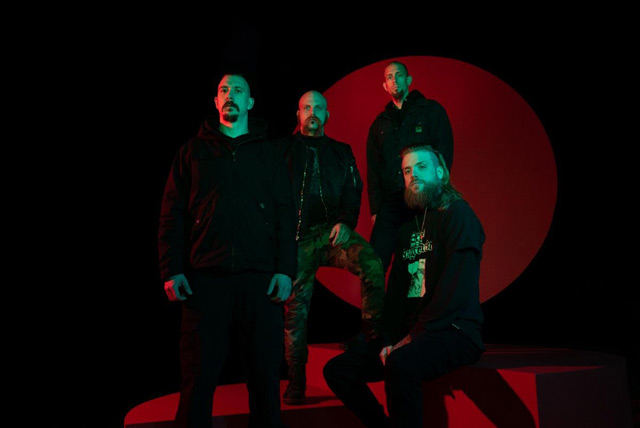