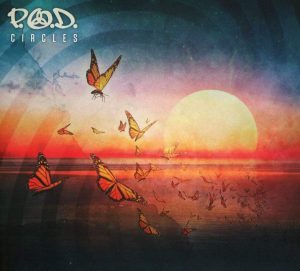 New & Noteworthy is a weekly column in which we highlight some of the newest rock and metal releases coming out each week. This week features new music from P.O.D., and a new live DVD from Amon Amarth! Be sure to check out the last week’s New & Noteworthy for what all came out last Friday. If you want to see last week’s sales numbers, you can read about those in Metal by Numbers. Also be sure to follow us on Spotify to get this month’s New & Noteworthy Playlist, updated every Friday.

Circles is the 10th studio album from the California alternative metal band P.O.D. This is the group’s first release since signing to the Mascot Label Group, having labeled hopped with each of their studio releases for more than 10 years now. This isn’t their only first on the album, as it was the first time the band claims to have brought on co-writers from The Heavy to bring some fresh life into the process. Many of their previous albums were recorded with producer Howard Benson, and while I cannot find any information on who produced this album. It may seem safe to assume he will be back, given the label change and such it isn’t too hard to imagine they’ll try someone new. So far they have only released a music video for the track “Rocking with the Beast.” P.O.D. is currently touring North America, and will be until mid-December before heading over to Europe in February. Circles is also available on vinyl. 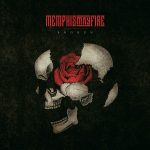 Broken is the sixth studio album from Texas metalcore band Memphis May Fire. This album shows lead guitarist Kellen McGregor taking over rhythm guitar as well since the departure of Anthony Sepe last year. Last week they  released a video for “The Old Me.” The band is currently touring North America alongside Atreyu, Ice Nine Kills and Sleep Signals. Broken is also available on vinyl. 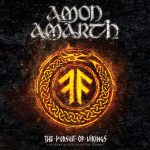 Amon Amarth, The Pursuit Of Vikings: 25 Years In The Eye Of The Storm (Metal Blade)

In celebration of the 25th year as Amon Amarth, the Swedish melodic death metal band is releasing The Pursuit of Vikings: 25 Years in the Eye of the Storm. The release is part live album, part documentary on the band, and feature a recording of their 2017 appearance at Germany’s Summerbreeze Festival. You can check out the videos for “Twilight of the Thunder Gods” and “Raise Your Horns” on YouTube. Pursuit of Vikings is also available on vinyl, DVD, and Blu-Ray.