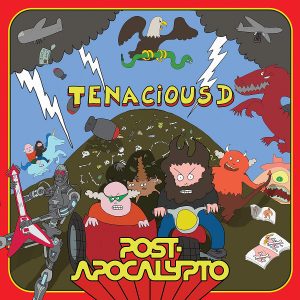 New & Noteworthy is a weekly column in which we highlight some of the newest rock and metal releases coming out each week. This week features new music from Tenacious D and Arsis, and live albums from Opeth and Steven Wilson! Be sure to check out the last week’s New & Noteworthy for what all came out last Friday. If you want to see last week’s sales numbers, you can read about those in Metal by Numbers. Also be sure to follow us on Spotify to get this month’s New & Noteworthy Playlist, updated every Friday.

Now six years since the release of their last album, Rise of the Fenix, the American comedy rock band Tenacious D brings about the end of the world with Post-Apocalypto. 4th studio album American rock band featuring Jack Black and Kyle Gass. THe album was produced by John Spiker, who also plays bass and keyboard for the band. And on drums we once again have Dave Grohl (Foo Fighters, ex-Nirvana). Black and Gass went heavy on the animated videos for this album, with a five part animated mini series series and six lyric videos: “Colors,” “Robot,” “Daddy Ding Dong,” “Take Us Into Space,” “Making Love,” and “Hope.” Last month the boys also made an appearance on Hot Ones and attempted the spice lord challenge. They did admirably, but I expected more of them. Post-Apocalypto is also available on vinyl. 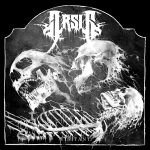 Visitant is the sixth studio album from the American extreme metal band Arsis. It was produced by Mark Lewis (Ne Obliviscaris, Fallujah, Cannibal Corpse), who also worked with the band on their 2013 release Unwelcome. They have released a lyric video for “Hell Sworn” and a music videos for “Tricking the Gods” and “Fathoms,” the latter was just released last night. To close out the album, the band recorded a cover of Pseudo Echos’ His Eyes, and it features guest vocals by Trevor Strnad of The Black Dahlia Murder. Visitant is also available on vinyl. 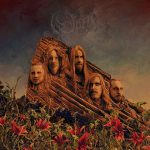 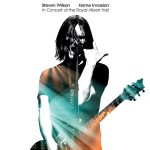 While on the topic of live progressive rock releases, UK artist Steven Wilson is also releasing his latest live album, Home Invasion. The show was recorded in March of this year over a couple days at the The Royal Albert Hall in London, England. He has released videos for “Song of I” and “Pariah.” The release comes in a variety of formats, everything from digital audio to blu-ray disc, with a vinyl boxset coming out next year. On a somewhat related note, on HalloweenWilson released an animated music video for “People Who Eat Darkness.”