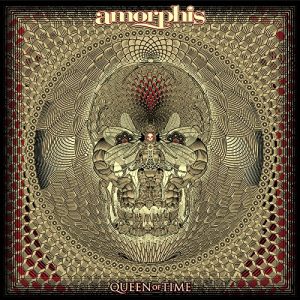 New & Noteworthy is a weekly column in which we highlight some of the newest rock and metal releases coming out each week. This week brings new music from Amorphis and At the Gates, as well as the much hyped return of Burn the Priest. If you would like to check out the last New & Noteworthy, you can do so here, and if you want to see last week’s sales numbers, check those out in Metal by Numbers. Also be sure to follow us on Spotify to get this month’s New & Noteworthy Playlist, updated every Friday.

Queen of Time is the 13th full lenght studio album from the Finish melodic metal group Amorphis. Given how well their 2015 release, Under the Red Cloud, was received the band made the very obvious decision of sticking with producer Jens Bogren at Fascination Street Studio in Örebro, Sweden. However this album marks the return of founding bassist Olli-Pekka Laine. Laine replaces Niclas Etelävuori, who replaced Laine when left the band back in 2000. They have so far released a music video for “Wrong Direction,” and a lyric video for “The Bee.” The album features some notable guests, including Chrigel Glanzmann (Eluveitie), Anneke van Giersbergen (VUUR, Devin Townsend Project, The Gentle Storm), Jørgen Munkeby (Shining), and more. Amorphis will be touring North America this September and into October alongside Dark Tranquility and Moonspell. I saw them on their last US tour and they were fantastic live. Queen of Time is also available on vinyl. 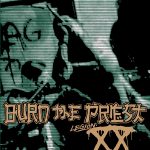 Legion: XX is a cover song album project from the members of Lamb of God. In the 90s they operated under the name Burn the Priest, and have resurrected the name for the release of this album. The album features covers from the likes of Bad Brains, Agnostic Front, Melvins, and more. They have since released videos for the songs “Kerosene” originally by Big Black and “Inherit the Earth” by The Accused. Legion:  XX is also available on vinyl.

Lamb of God will be touring North America pretty consistently from this month to September before they head over to Europe to finish out the year. They will be playing on the Slayer farewell tour alongside them, Behemoth, Testament, and Anthrax. 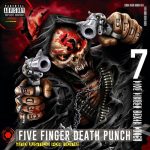 Five Finger Death Punch, And Justice For None (Prospect Park)

And Justice for None is the seventh studio album from the American heavy metal band Five Finger Death Punch. Due to some pesky legal issues and negotiations with their label, the album comes about a full year and a half after it was finished being recorded at the end of 2016. So far they have released music videos for “Sham Pain” and their cover of The Offspring’s “Gone Away,” when they originally released on a Greatest Hits album they released at the end of last year. This album also features a cover of “Blue on Black” by Kenny Wayne Shepherd. They’ve got two North American tours going on this year, with them being out on the road this month with Shinedown and going out again in the fall with Breaking Benjamin, Nothing More, and Bad Wolves. And Justice for None is also be available on vinyl. 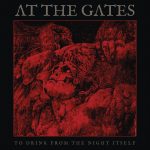 At The Gates, To Drink From The Night Itself (Century Media)

To Drink from the Night Itself is the sixth studio album from the Swedish melodic death metal group At the Gates. This album is their first release to feature guitarist Jonas Stålhammar, who replaced founding guitarist Anders Björler when he left the band last Spring. It is also the first time the band has worked with producer was recorded with producer Russ Russell. Leading up to today the band has released music videos for “A Stare Bound in Stone” and the title track. As of right now, no U.S. dates have been announced, but they will be playing all over Europe, South America, and more this year. To Drink from the Night Itself is also available on vinyl.

Tags: Amorphis, And Justice for None, At The Gates, Burn the Priest, Five Finger Death Punch, Lamb of God, Legion, Queen of Time, To Drink From the Night Itself