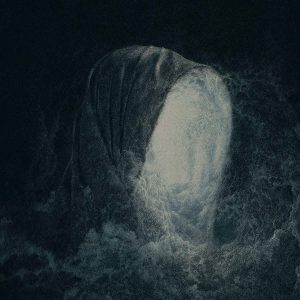 New & Noteworthy is a weekly column in which we highlight some of the newest rock and metal releases coming out each week. This week brings new us new music from Skeletonwitch, Powerwolf, and Daron Malakian of System of a Down! Be sure to check out the last week’s New & Noteworthy, for what all dropped last Friday. If you want to see last week’s sales numbers, you can read about those in Metal by Numbers. Also be sure to follow us on Spotify to get this month’s New & Noteworthy Playlist, updated every Friday.

Five years since the release of their last studio album, Serpents Unleashed, Ohio based extreme metal group Skeletonwitch returns with their sixth LP Devouring Radiant Light. The album was recorded alongside producer by Kurt Ballou (High On Fire, Kvelertak , and of course Converge,) and mixed by Fredrik Nordström (Opeth, At the Gates, Hammerfall). While he appeared on their 2016 EP The Apothic Gloom, this is the first full length album to feature vocalist Adam Clemans, best known for being the founding vocalist of Veil of Maya. Just finished up touring North America a couple months ago with Obituary & Pallbearer, but they will be back in October for a couple shows along the west coast with System of a Down. If you missed them while they were here, you can read our coverage of their New York City & Filthadelphia shows back in May. Devouring Radiant Light is also available on vinyl. 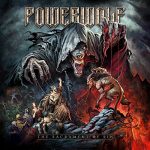 Powerwolf, The Sacrament Of Sin (Napalm)

The Sacrament of Sin is the seventh studio album from the German power metal group Powerwolf. They recorded the album at Fascination Street Studios in Örebro, Sweden alongside producer Jens Bogren (Amorphis, Haken, Angra, etc). So far they have releases music video for the two tracks “Demons Are a Girl’s Best Friend,” “Fire & Forgive,” and a lyric video for “Incense & Iron.” The Sacrament of Sin is also available on vinyl & Deluxe Edition CD. 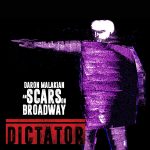 Daron Malakian And Scars On Broadway, Dictator (Scarred For Life)

We’re ripping this bandaid off quickly, new System of a Down music likely isn’t coming . Now that’s were done with that, we can get to enjoying SOAD guitarist Daron Malakian’s new album. It has been almost an entire decade since Scars on Broadway released their debut album in July 2008, and now the rebranded Daron Malakian and Scars on Broadway has returned with Dictator. You can check out their first music video off the album here, for the track “Lives.” It looks like the band has two upcoming shows in the U.S. this year, but both are already sold out, so I guess you’ll be able to listen to some new SOAD-ish music with this and see Daron playing shows with System of a Down in October. Dictator is also available on vinyl. 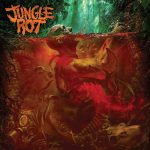 Jungle Rot is the ninth studio album from the American death metal band of the same name. The band has been teasing the release over the last few months with videos for the tracks “The Unstopable” and “Fearmonger,” with them releasing a video for “Send Forth Oblivion” just yesterday. They’ve been touring North America already this year, but will be continuing to do so until August in support of the album. Jungle Rot is also available on vinyl. 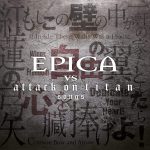 Just in case your week hasn’t been epic enough, the Dutch symphonic metal band Epica has released an album of them covering songs from the hit anime series Attack on Titan. I’m not sure what else to say about this other than that they’re some pretty fitting takes on the soundtrack. Oh yeah, it’s also available on vinyl. 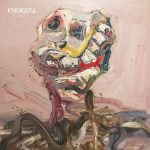 Wondering what it would sound like if three-fourths of Agalloch teamed up with the singer and guitarist of avant-garde progsters Giant Squid? The result is Khorada, and it sounds not that much like either band. It is an expansive moving debut that covers a lot of ground over it’s seven tracks, from Mastodon-like groove to Killing Joke-like post-punk. To give you an idea, there’s both trumpet and blast beats on it.