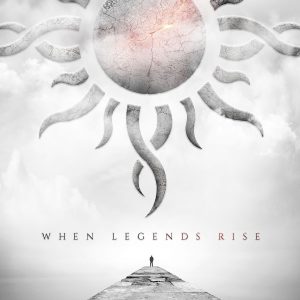 New & Noteworthy is a weekly column in which we highlight some of the newest rock and metal releases coming out each week. This week brings new releases from Godsmack and Kobra and the Lotus. If you would like to check out the last New & Noteworthy, you can do so here, and if you want to see last week’s sales numbers, check those out in Metal by Numbers. Breaking Benjamin led up the charts for heavy music. Also be sure to follow us on Spotify to get this month’s New & Noteworthy Playlist.

When Legends Rise is the seventh studio album from the American hard rock band Godsmack, and the first release as they seem to want to transition into a more radio friendly, hard rock, less metal direction. On that note, the band brought on produced by Erik Ron (blessthefall, Issues, etc.) to help approach the album from a new perspective. They released an extended music video for the first single “Bulletproof,” which was the first song the band did with Erik. They will be touring North America consistently through to October, including a hand full of festival dates, with a show in Florida for Rockville tonight. They’ll be touring alongside Shinedown starting in July. When Legends Rise is also available on vinyl. 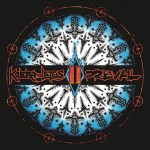 Prevail II is the fifth studio album from the Canadian heavy metal group Kobra and the Lotus, and the second half of their Prevail double album. Prevail I came out last May, but the band successfully crowdfunded the whole process back at the end of 2015/early 2106. You can check out our interview with lead vocalist Kobra Paige. So far the band has released a music video for the song “The Chain,” and a lyric video for  “Losing my Humanity.” Yesterday they kicked off their North American tour alongside Texas Hippie Coalition, and will be playing tonight in Jacksonville, North Carolina. Prevail II is also available on vinyl. 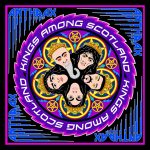 Kings of Scotland is the newest live CD / DVD from the New York thrash legends Anthrax. They filmed the show back in February of 2017 at the Barrowland Ballroom in Glasgow, Scotland. Clips of the songs “Caught in a Mosh” and “Indians” were both released leading up to the release. They’re going to be out touring North America this summer, opening for Slayer and Lamb of God and some off-dates with Testament in between shows. Kings Among Scotland is also available on DVD.

On a kind of unrelated note, Scott Ian is going to be getting his own action figure later this year.