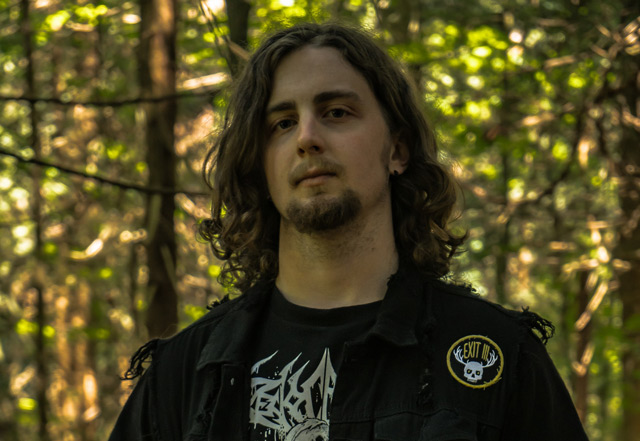 Metal Inside(r) Home Quarantine is Metal Insider’s new column during this time of isolation due to the COVID-19 pandemic. We asked artists five questions on what’s been keeping them busy ranging from their favorite movies, food they’ve been eating, music they’ve been listening to and more. We caught up with Snakeblade’s Mike Redston as he’s been spending this time writing his entire debut album.

Funny you should ask because I wrote my debut album, The Kingdom, entirely during Covid-19 lockdown! Snakeblade is a super new project that was inspired by my desire for an escape from anxiety (and boredom) during the Covid-19 crisis. Snakeblade really is “trve” one-man bedroom black metal in that everything thus far was made from my apartment in isolation during the lockdown. The Kingdom was written and recorded in about one ultra-intense month of quarantine!

I’m always listening to tunes and I have a varied taste in multiple genres including metal (of course), rap, rock, and country. In the metal world, I mostly revel in the death metal and black metal subgenres. Some recent favorites of mine are The Black Dahlia Murder, Blood Incantation, Immortal, Uada, and when I need a break from the heavy shit I often turn to rappers like Kendrick Lamar and Logic. On Spotify, I’ve curated a playlist of everything I was listening to during quarantine while writing The Kingdom. You can find this playlist of influences on the Snakeblade artist page on Spotify!

Jeez, to be honest, my cooking has taken a big nosedive during the quarantine since I’ve been so consumed in writing music. Thank Satan for chicken strips and beer!

I recently just rewatched The Witcher and The Lord of the Rings Trilogy and these two series actually both play a huge part in the lyrics on The Kingdom. The biggest one though that kept me busy during lockdown has been Game of Thrones. I had never seen it before because I was avoiding getting sucked into a huge TV show but the quarantine was kind of the perfect excuse to binge it. Not gonna lie I crushed the whole Game of Thrones series in 3 weeks and this may or may not be hugely influencing the lyrical themes on the next album 😉

Take this time to be creative! It’s a shitty time in many ways but make the most of it and use the free time to focus on something you don’t normally have the time for. That’s what I did in starting Snakeblade and writing The Kingdom — and hey if you time, check out my new album! It’s out on all streaming services now. Thanks for having me on Metal Insider!