We got flooded with a bunch of new released that debuted, and a lot of them are pretty sweet. We’ve got the top debut from that one band named after an Anne Hathaway movie or something. Other big debuts come from two bands: one writes songs so vile and gory and violent that they’re considered a crime against humanity. The other is GWAR. Take a look at what there is this week.

The top debut this week goes to The Devil Wears Prada with the band’s first album without keyboardist James Baney.

The band achieve its best debut yet with album number seven.

The long awaited sixth album from Carcass has made its debut in the Top 50.

GWAR are back with their thirteenth album featuring newcomer Pustulus Maximus (Brent Purgason) on guitar.

Want Linkin Park plus more metalcore? Then this band’s debut album is for you.

The band’s fifth album is its first on Century Media.

This is the eighth album from these Norwegian black metallers.

This is the debut album from these Texan rockers.

This is Windhand’s second album and their first with Relapse.

Haken, The Mountain (Inside Out) 690 sold

The third album from the London progressive metal act grabs some sales.

Technical death metal from New Zealand? You’ve got it.

Want more Cult of Luna? This EP is a continuation of Vertikal released earlier this year.

This is still reigning in the top spot for metal albums on the charts.

Five Finger Death Punch, The Wrong Side of Heaven and the Righteous Side of Hell Vol. 1 (Prospect Park) #43, 8,200 sold

“God Save Rock n Roll”? Gee, how much brainstorming did it take to come up with that song title?

This keeps dropping of the charts then reappearing, though this time its likely because of the bands recent performance at the iHeartRadio Music Festival.

Apparently, “End of the Beginning” was featured during the end credits of This Is The End, but isn’t on the official soundtrack.

This is keeping up with sales thanks to the band’s current US tour.

Wanna hear a Halestorm cover Daft Punk’s “Get Lucky”? Sure you do.

This has been off the charts for a while and has now made a return.

Apparently, Dez Fafara decided to cover “Sail” by AWOLNATION after hearing it via his sons.

This has dropped out of the Top 200 in its second week.

Sales have been gutted for this one.

This might get more sales while the band tours with Cult of Luna, Intronaut, and TesseracT. 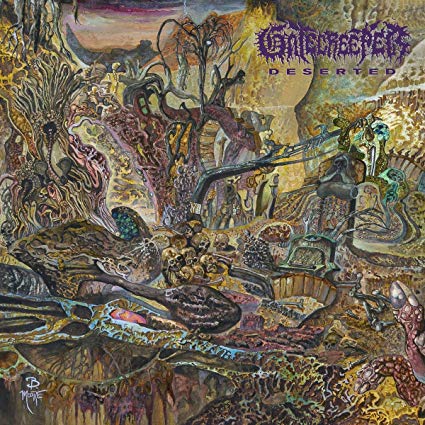