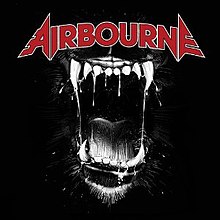 By now, you’ve probably adjusted to settling back into the work week after Memorial Day weekend. It’s a known fact that when it comes to Memorial Day, the only thing that is as important as the food, booze, and the honoring of our country is what music you decide to blast in your backyard (or someone else’s if you’re the jerk who likes to hijack the music). Apparently, those who were looking for new metal to blast decided to go ahead and purchase the most patriotic band they could think of: Airbourne from Australia. Well, close enough.
Notable Debuts:

They’re not exactly metal, but they do have ties to metal. And also to My So Called Life. And they do have a top 10 album.

These Australians are back with their third album. This marks the band’s best debut in the US in their career thus far.

Doug Aldrich’s Burning Rain is back with their first album since 2000.

The German metallers are back with their 14th album. I wonder if sales came up as short as Mr. Dirkschneider?

The gothic doom metal band brings forth their sophomore album. We also managed to wrangle guitarist Matt Brown (no relation) for a Top 5.

There’s nothing shady about a slight boost for this album.

The sales just keep on coming with a 21% boost this week.

A second week 65% drop just sounds evil, but that’s about normal for any second weeker.

It’s a steep second week drop for DEP, but a little tour magic will probably fix that.

This sold almost exactly the same amount as it did last week.

With a 39% drop, this one might be losing some momentum.

This just dropped by 48%. The obvious question is: Now what?

Black Veil Brides, Wretched and Divine: The Story of the Wild Ones (Lava/Universal Republic) #190, 1,850 sold

After being absent for a few weeks (which you might not have noticed), this is back on the charts with over 107,000 sold.

Looks like this is the week for albums climbing back onto the charts.

Seriously, everything is making a comeback this week.

This came out back in March but just resurfaced.

A second week drop of 64% for Immolation.

It’ll take a lot to tug this album back up after a 51% drop.

This got a small 12% boost this week.

Would it be too easy to say this is on its way to becoming a cadaver? It would be, wouldn’t it?

Is there an Aunt PCP or something?

A mysterious 17% drop this week.

This album’s record label will soon be singing, thus indicating that sales are over. 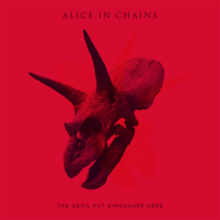