Since March, we’ve seen many predictions on when concerts will return, what they would look like, what fans could end up wearing, and walking through a disinfectant mist. It’s safe to say we are in an unpredictable state of “anything goes” mentality. While COVID-19 cases continue to rise, events are happening across the United States. Next month, we will see the “Herd Immunity” festival kick-off in Wisconsin, and this past weekend two states, Tennessee and Idaho, held concerts where social distancing appeared non-existent.

We read about what happened with Chase Rice at Tennessee’s Brushy Mountain State Penitentiary, where somewhere between 1,000-4,000 showed up in attendance. Based on a video floating on social media, no one had masks, and attendees were standing close to each other. A similar activity happened in Idaho during the Hwy 30 festival on June 25-27th, when artists such as Chris Janson drew in over 2,500 attendees. You can read more about it here. Following this lack of social distancing activity happening in the middle of a global pandemic, Metal Insider decided to have a headbanger’s brawl asking: Do you think concerts should happen now?

Bram Teitelman: I saw footage of that country show over the weekend and it was kind of terrifying. On the one hand, it’s nice to see a bunch of people supporting live music and an enthusiastic band that’s psyched to play live again. That’s where it ends, though. With so many states’ cases of Coronavirus rising daily, to see all of these people not socially distancing or wearing masks at a gathering is basically watching another spike happening in real time. It’s just not time for it yet. Until things are under control, I wouldn’t feel comfortable going to a show, and this is coming from someone that had COVID-19 and tested positive for antibodies. The same thing is happening in Jersey City where I live. The main drag downtown is mobbed on the weekends, full of people that seem to think they’re invincible not keeping their distance or wearing masks. Just because some bands are deciding to play shows doesn’t mean they should be yet, and there’s a reason that most big tours are postponed until next year.

Jeff Podoshen: It’s just not time yet and Americans, unfortunately, haven’t shown that they can be responsible with the best practices in place to contain the spread of the virus. Look, the music industry is hurting and everyone is bored. I get it. My kids are going completely bonkers every day as am I and I would ordinarily jump at the chance to go to a show but now is not the time.

What makes this all worse is that wearing a mask has become a political issue. Sadly, political leaders are failing at effective governance – both Democrat and Republican – and we all lose. Social media seems to amplify the idiotic stances people are willing to die for, apparently. I wish Americans learned how to think critically again. It appears we’ve failed at raising responsible adults. I’m definitely not a “shutdown the country” guy and I’m staunchly libertarian, but folks, you gotta wear a mask and you have to be responsible in a very real pandemic. It’s not that hard.

Only we are doing ourselves in

Much faster than they

In the meantime, I’m just going to have to be glad that I can watch virtually live performances like this one from Vulture Industries and this one from Enslaved.

Zenae Zukowski: A global pandemic has somehow turned into a matter of American politics. I’ve been dumbfounded ever since about it as people in power tell others the virus is under control and that masks aren’t necessary. While the death toll may be declining, the number of cases is climbing. The fact is, we don’t know much about this virus. There, I said it; I don’t know. The three words many people seem to refuse to admit. I do know this virus can have a long term effect on people who “recovered.” The virus goes beyond death. I wish people could be smart by wearing masks and practicing social distancing. But for some reason, people continue to feel invincible. I get it. Boredom happens, jobs are lost, and there’s a big question mark on the economy that leaves the debate on what’s more important: economy or lives.

People have died of all ages from this virus. Some of my friends lost a parent, others a child, their best friend, etc.. We have a lockdown that is slowly beginning to reopen, and now we’re seeing a spike in cases and people walking as though there is no virus. And now we see concerts finding a way to happen.

I understand we need to test the waters to bring businesses back to life, but we need to be smart and learn to adapt to a new normal for the time being. Look at Suicide Silence; they are on tour, virtually. There’s Metallica Mondays and an endless stream of quarantine videos and Twitch followings. Bands have been adapting to this, including the concert in Arkansas. But this Chase Rice show made me wonder where was the security? How was this allowed? Changing the capacity from 10,000 to 4,000 did nothing since people were grouped close together regardless. Did fans sign a COVID waiver? Are people so fed up with being home that they don’t care about their lives or others anymore?

My honest opinion is this is all too soon. While we are fighting against another lockdown, the number of cases and concerts like this convinces me that this pandemic is far from over. Impatience has a price. In the meantime, people should check out our column ‘Metal Inside(r) Home Quarantine.’ I am not one who promotes like this, but since I am the one reading and behind all of them, listening to over 100 bands tell me their story, many pieces have been helpful and inspiring. I suggest our readers take a look at them and find ways to: Be safe, wear a mask, social distance, and learn to be OK with staying in quarantine mode until things look safe again. And if you have to go out, work, see friends, etc., be smart about it. As someone who loves shows just like the rest of us, who misses photographing bands, seeing friends and the natural excitement from being in a live atmosphere, now is not the time. We will see if the Beacon Theater really opens in late August/September? Just saw Styx has a rescheduled show on October 27th while Broadway remains dark for the rest of the year. The uncertainty and ping pong openings/closing/rescheduling/re-re-scheduling, etc.. is what gives people a false sense of security that we “beat” the virus. Truth is, we haven’t. Be smart, wear a mask, and listen to metal.

Matthew Brown: It still baffles me that the majority of the country has just up and decided that the pandemic is over. It’s been mishandled from the start and the spread of misinformation and sheer amount of whining over something as simple as facemasks only fast tracked us to where we are today. So I have no qualms in saying everyone involved in this concert, from the artist to the attendees, made a serious error in judgement, and that’s me putting it nicely. I don’t know who Chase Rice is and I don’t care. If Mercyful Fate had played this show instead I would still say it was a bad idea. Numerous artists have played virtual shows or are planning virtual tours. Rodrigo y Gabriela did a livestream performance every day for over two months! Others have taken to writing and releasing new material. There are other safer ways for bands and artists to stay active during this time. As for people just whining about not being able to go to shows, I couldn’t possibly care less.

Chris Annunziata: Seeing the photos and videos from the Tennessee show made me facepalm. As much as I want concerts to come back, this isn’t the way. If anything, it’s going to prolong the return of shows.

Zenae Zukowski: One last thing to note is, whether you want concerts to happen now or not. Masks or no masks. These are the facts: COVID-19 cases are surging to the point that Americans will not be allowed to travel to Europe. Just think what this could mean for concerts and international touring. The more we get impatient, the more cases continue to rise, the longer things will take to go back to “normal” and even longer to see international bands such as Iron Maiden. Yes, given, this is about Americans going into Europe but, anything can change at this point.

Elise Yablon: It’s amazing just how cavalier some people are being in regards to the pandemic. People are willing to risk their lives and the lives of others by standing so close to one another without a mask while cases in two-thirds of the country are still on the rise. We’ve already seen more careful ways of starting to rebuild. Sure viewing a show from a car isn’t the same as viewing it from the pit, but it’s a lot safer than just jumping back in head first and risking more people getting sick.

I’m at even more of a loss about all the people who refuse to wear a mask or wear it properly (some people act like air doesn’t come out of their nose). It’s a small inconvenience for something that could save so many lives. If people were actually wearing masks at these shows then it would be a bit less reprehensible, but that wasn’t the case. And if you’re complaining that you have a breathing problem and can’t wear a mask, then you really shouldn’t be out in the first place.

To your last point, one inconsiderate person can ruin things for those that are doing what they should. Like The Mountain Goats’ John Darnielle said, “the people in this audience, along with the presenters of this show, are assuring that conscientious musicians won’t be able to work their jobs for a while, and that conscientious audiences won’t be able to see shows for the foreseeable, and to be blunt, that fucking sucks.” The longer people are out not keeping their distance or their germs to themselves, the longer it will take for concerts and tours to safely come back. 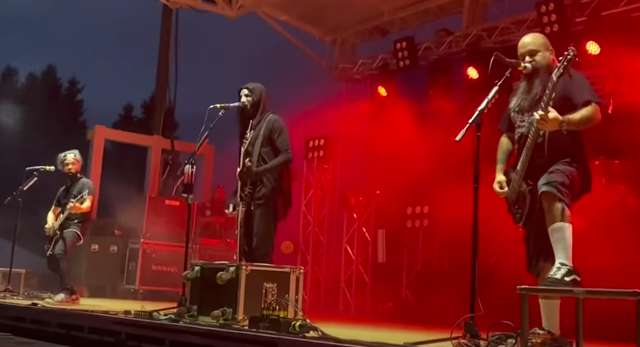 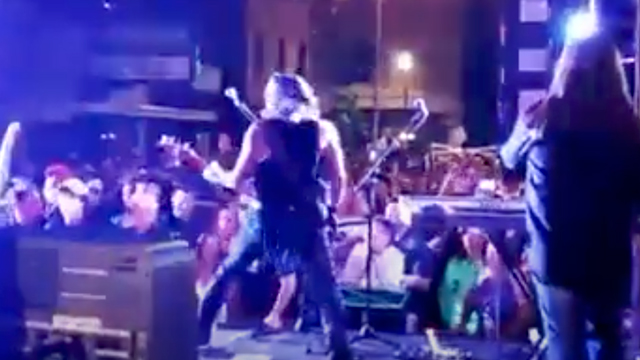