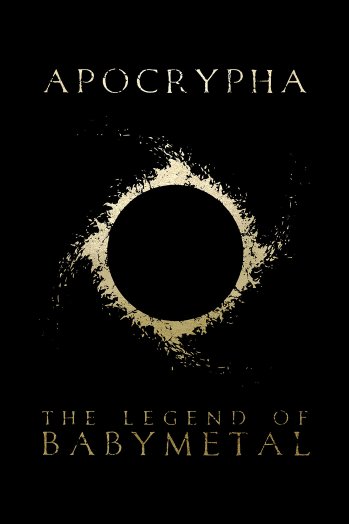 The cult of Babymetal is continuing to grow. In just a little over four years, the band have gone from WTF novelty act from Japan to a global worldwide sensation in almost no time. Their sophomore album, Metal Resistance, was released in America after their self-titled one continued to sell here despite being an import. In addition, they’ve opened for Lady Gaga and thanks to a sparse tour schedule in the States, have sold well at the limited concerts they’ve played here. With May tour dates coming up, there’s still quite an appetite for the band, and there’s going to be even more ways to take in the J-pop/metal sensations come October.

Apocrypha: The Legend of Babymetal is a graphic novel coming soon from Z2 Comics, Kobametal and Amuse Group USA. The story will likely tell the story of the band’s mythical formation, but co-publisher Sridhar Reddy played coy when asked about it by The Hollywood Reporter.

“With the book still months from publication, it’s too early to reveal much. In the months to come, Babymetal fans can expect more announcements, but today I would say the question we should be asking is not who is Babymetal, but what is Babymetal?”

What we do know is that there’s a cover out there, and artwork will be done by illustrator GMB Chomichuck. What’s more is that THR also reports that there will also be a cartoon based on the band due to a deal they made with Warner Bros.