Can you believe it’s been eight years since we were first introduced to “I Believe In A Thing Called Love”? Well, now we may get to hear the song and a bunch of fans trying to replicate Justin Hawkins’ high pitch voice nonstop once again.

After disbanding in 2006, U.K. hard rock band The Darkness has announced that they are reuniting. The band’s original lineup will be heading into the studio to record their third album together. In addition, The Darkness will make their first live appearance since splitting up at this year’s Download Festival, performing on the opening night (June 10) along with headliners Def Leppard. Frontman Justin Hawkins had the following to say about playing at the U.K. festival:

“The idea of playing Download terrifies us. We played in an early slot on the main stage in 2003 and we were frightened then. It’s reassuring to know that nothing has changed. On a serious note, it’s the most rockest of festivals and the perfect place for us to begin the next phase of our journey.”

So now it’s official: metal purists will have to hide their love for The Darkness once again (don’t lie, you know you have a soft spot for them!). We’ll keep you posted when more is revealed, but you can also check the band’s new official website for more updates.

Categorised in: We're Gettin' The Band Back Together 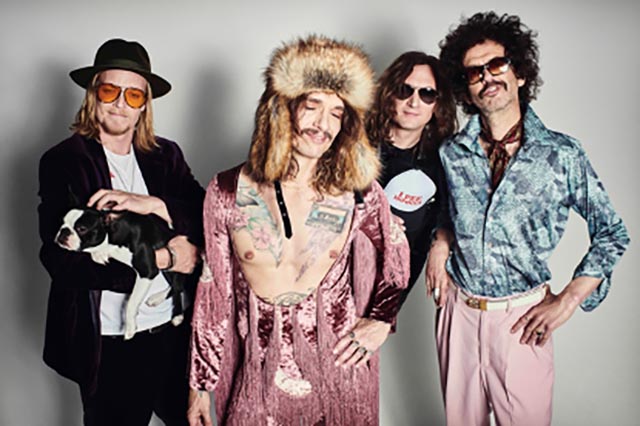