The anti-phone saga continues as Tom Morello threw a fan’s cell phone into the crowd during Saturday’s (15th) performance at the Hollywood Casino Amphitheatre in Tinley Park, IL. During his performance, Morello invited fans onstage as a fan became super excited, he attempted to snap a selfie with the Rage Against the Machine/Prophets of Rage, etc. guitarist. However, his attempt failed as Morello quickly tossed the fan’s phone into the audience instead. Footage can be found of the incident via Twitter, which includes Morello’s response.

Put a phone in my face onstage and I’ll throw it. #LiveInTheMoment Great fun today at @101WKQX show. #SweetHomeChicago https://t.co/V6DoQiMKas

A fan responded to Morello’s post asking if he is willing to take a selfie with a fan offstage. Morello replied with “all day.” 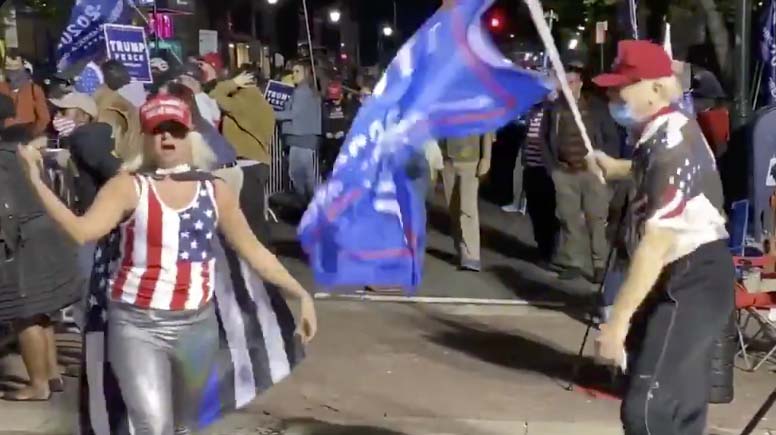