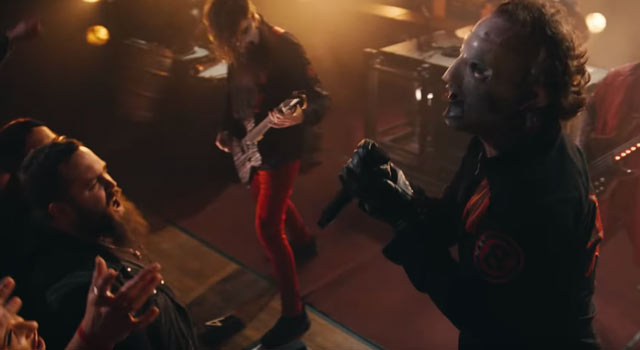 On January 26th, Slipknot performed an intimate set in front of 120 fans at Maida Vale Studios in London, England. The group performed a total of six songs with “Unsainted,” “Psychosocial,” “The Devil In I,” “Duality,” “Disasterpiece,” and “Wait and Bleed.” Audio from the show aired yesterday (9th) via BBC Radio 1’s Rock Show, which you can listen to here at the 1-hour 16minmute mark. Video is available via BBC Radio 1’s YouTube channel with the following performances “Unsainted” and “Duality.”

Watch the clips below: