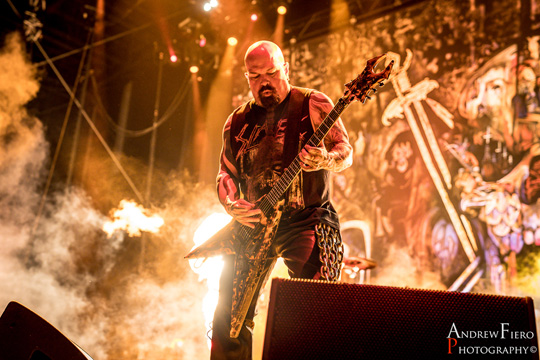 Next Saturday (30th) marks the end of Slayer’s Final Campaign tour. After seeing Mötley Crüe destroy their Cessation of Touring agreement, we can never fully tell when final means just that. Regardless, these thrash legends have been relentlessly touring to say farewell to cities all over the globe. During the group’s show on November 9th at the Madison Square Garden in NYC, guitarist Kerry King decked out his new signature Dean guitar and ended up messing up the intro three times to “When The Stillness Comes.” Following the third failed attempt on the 2015 Repentless track, King decided to scrap the song entirely and eventually moved into classics such as “Born of Fire.”

Unlike Tool shows, fans were able to catch King’s mishap on video and you can watch the fan-filmed footage below (15:00 mark):