During the Green Day show on Friday in London, United Kingdom, Armstrong said this:

“Fuck America. I’m fucking renouncing my citizenship. I’m fucking coming here. There’s just too much fucking stupid in the world to go back to that miserable fucking excuse for a country.”

He added: “Oh, I’m not kidding. You’re going to get a lot of me in the coming days.”

While Saturday night, at the band’s gig in Huddersfield, England, Armstrong said:

“Fuck the Supreme Court of America” as they got ready to perform “American Idiot.” He also called the Justices responsible for overturning Roe v. Wade “pricks,” according to the Daily Mail.

Earlier in the month, Green Day debuted a new banner displayed in the background of its live shows which simply reads: “Fuck Ted Cruz”. 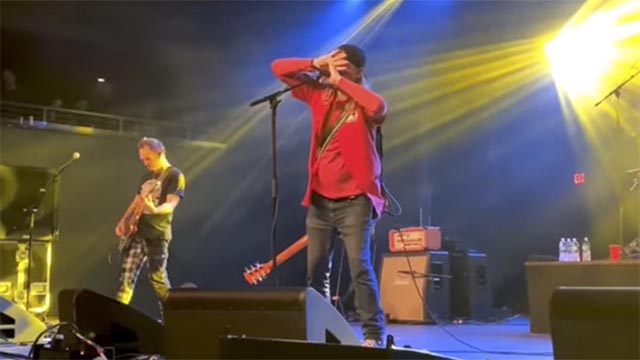