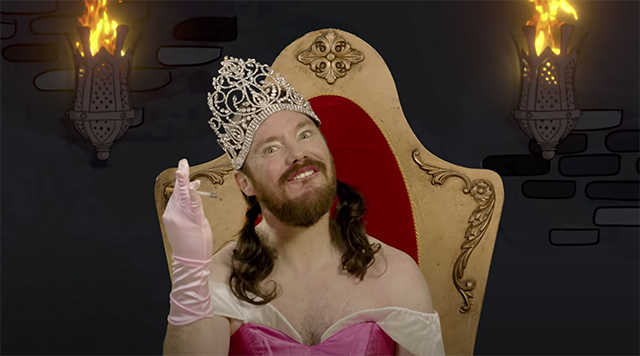 Twelve Foot Ninja has gotten creative with the release of their new song “Long Way Home.” In order to hear the track, you must complete Guitarist Steve “Stevic” MacKay’s new video game, “Brusnik’s Long Way Home” which will reward you with the song. You could also just watch the music video below.

MacKay commented on the experience of making his own video game:

“There’s nothing like a global pandemic to shake the Etch A Sketch. I decided to get addicted to caffeine and throw a year of my life at making a video game…And like chucking a bag of shrunken heads into a Hadron Collider; I’ve never done it before, had no reason to believe I could do it, and didn’t know what would happen if I did…But here we bloody are! We are here, aren’t we?”

I assembled a gang of willing rogues to prepare this sacrifice for your enjoyment; in the hope you will be pleased and bless us with your financial support and encouragement to continue. There would be nothing funnier to me than Brusnik becoming a legit game franchise (replete with his own line of rat poison).”

Huge thank you to Mathew Chalker who salvaged my code equivalent of when Seth Brundle accidentally merged with his Telepod in The Fly and was a putrid mess on the floor.”

“Now we have our little syndicate of misfits; help us level up by shouting us a beer; and by that I mean, putting the money that would buy a beer that just gets pissed out…Into something worthwhile, like a rad game.”

Play the game “Brusnik’s Long Way Home” here or watch the video below!